An in-house Tepco panel has found that the financially troubled utility paid two to five times more than reasonable levels in buying goods and services to run its operations. http://www.japantimes.co.jp/news/2014/01/10/national/tepco-overpaying-to-procure-goods-services-contract-screening-panel/#.UtB-StIVorU

JAEA plans to do an experiment in a test reactor to simulate the fuel meltdowns at Fukushima Daiichi using a very small model fuel rod. We are still trying to fully understand the plan but it appears to be the gathering data that has been gathered by other nuclear experiments and may be redundant.
http://the-japan-news.com/news/article/0000924969

TEPCO has admitted they have withheld strontium 90 data from the public for 6 months. TEPCO claims that they were unable to solve discrepancies in their testing and withheld data rather than giving out data they were unsure about. They now claim they will fix it by the end of the month and release data. TEPCO has been scolded in the past for poor sample handling and testing procedures by NRA.
http://ajw.asahi.com/article/0311disaster/fukushima/AJ201401090060

Radiation levels at plant boundaries of Fukushima Daiichi were found to be around 8 millisieverts per year. NRA has set 1 millisievert per year to be the goal level. Xrays coming from the contaminated water storage tanks appear to be the cause rather than substances released into the air. NRA has increased monitoring locations around the area to better track radiation in the area.
http://ajw.asahi.com/article/0311disaster/fukushima/AJ201401100083

The Fisheries Research Agency found a highly radioactive sea bream near the mouth of a river in Iwaki. The fish had 12,400 bq/kg of cesium 137. Yet other fish caught in the same spot and of the same species had much lower contamination. This species is currently not being sold to market from the area. This does show the wide variety of contamination even among fish of the same species and area.
http://ajw.asahi.com/article/0311disaster/fukushima/AJ201401110029

A solar energy project in Minamisoma aims to give farmers new income and stability.
http://www.hydrogenfuelnews.com/ambitious-renewable-energy-project-takes-root-japan/8515885/

An editorial in the Japan Times points out the considerable flaws in TEPCO’s recovery plan.
http://www.japantimes.co.jp/opinion/2014/01/09/editorials/tepcos-flawed-turnaround-plan/#.UtALhdIVorV

Power customers in Florida are still paying for a botched upgrade at the now defunct Crystal River nuclear plant and for a new nuclear plant that will never be built.
http://www.wtsp.com/news/topstories/article/351931/250/Nuclear-plant-shutting-down-but-customers-still-pay 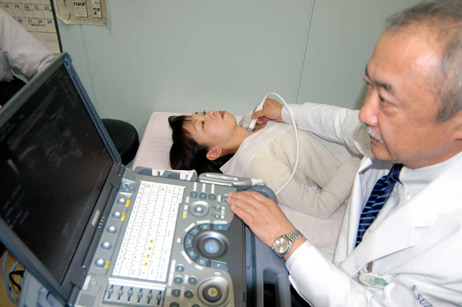