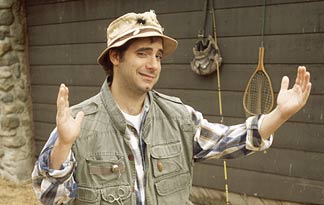 This article is a good example of the motivations and biases in play related to Fukushima food contamination in North America.

Since that is simply not true it caught people’s attention. First, fish in the Pacific has been showing up with low levels of radiation even before Fukushima due to the long lived left overs from Pacific atomic testing. The US Dept. of Energy has been detecting low levels in their testing in Alaska near a failed underground nuclear test site for years. They also found some Fukushima related radiation in certain species due to air fallout in 2011. It is a well admitted reality that there is still some small amounts of contamination in Pacific fish from the total of all the Pacific atomic testing.

Various fish companies have done some very limited testing. These tests have found some of the fish to be contaminated with small amounts of cesium and some of it confirmed to be from Fukushima due to the short lived cesium 134 found. The Canadian government refuses to release their testing results to the public. The US agencies tasked with potential testing (EPA, NOAA and FDA) have all flatly refused to do any testing of Pacific fish.

The fish promotion company goes on to use a deceptive talking point later in their article. They claim anything found as “all have demonstrated there are no levels of radiation that are of a public health concern,”. There is a considerable difference between the levels where the government considers radioactive contamination to be a public health risk and consumers wanting to know what is in their food so they can make their own health decisions.

A few individual fish companies have opted to do some testing to be open and honest with consumers. Many of the industry promotion groups have opted for deceptive statements and attempts to press consumers to accept contaminated seafood.