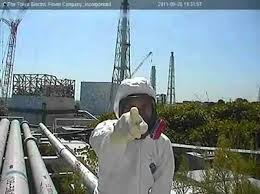 Kyodo News is running a series of articles based on some of the official testimony of Fukushima Daiichi workers. These workers tell important details TEPCO didn’t always disclose along with their personal stories of battling the disaster.

Some of the more disturbing and new revelations include efforts to vent unit 1 by workers at the plant on March 12 as the disaster began to worsen. Hideyoshi Endo, a shift supervisor was one of the workers who took on the dangerous mission to vent unit 1 as it began to melt down and go over pressure.

“Endo and another member of the team then went downstairs to a room housing a doughnut-shaped suppression chamber at the bottom of the reactor’s containment vessel. They heard a series of large bangs in the dark — a type of noise Endo had never heard before. The radiation meter went back and forth between 900 and 1,000 millisieverts per hour.”

“When Endo was some 30 meters away from the valve, however, he saw the radiation meter reading surpass 1,000 millisieverts. He stared at the meter for a few seconds, but it had gone up all the way and did not come back down.”

This area near the vent pipe was later found to be highly radioactive. Even 3+ years later the area near the pipe reads 1-4 sieverts per hour. From the testimony it appears that the workers radiation meters had gone past the ability of the meter to read so the actual radiation level as they entered the torus room is not known.

“Working without knowing the radiation level is a frightening situation for workers. In June 2012, TEPCO found the radiation level near the No. 1 reactor’s suppression chamber stood at up to 10,300 millisieverts per hour, a level highly likely to be fatal if a person stays there for an hour.”

TEPCO reported this high number as being found below the standing water level in the torus room. When TEPCO reported it they made a disclaimer they thought it might be a broken meter but made no further attempts to survey the area since the June 2012 reading. The additional reporting of radiation readings by workers at the time of the meltdowns add more validity to that radiation reading being correct.

Kyodo will be releasing additional reports based on the testimony. We will follow up with new information revealed in the future reporting. 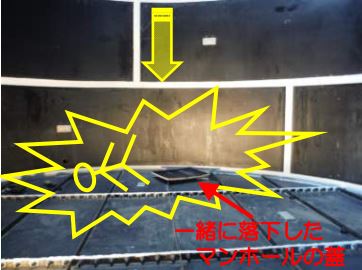