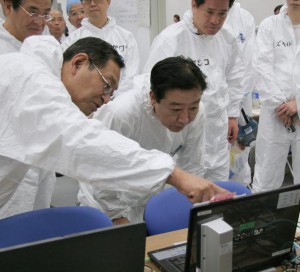 Various news outlets have dripped out bits of information from the now released testimony of the late Fukushima Daiichi plant chief. Additional information has come from a Kyodo News series from interviewing workers.

He made plain that in his view, essential personnel remained on site. “The head branch of the company and the government maybe were making idiotic arguments about us fleeing, but at the scene itself did we flee?  No we did not.  I want to make that clear,” Mr. Yoshida said.

Throughout his testimony, Mr. Yoshida minced no words when he spoke about critics in the media and in politics.  He used a crude epithet to refer to former Prime Minister Naoto Kan. At one point, he said, “I want to just completely turn my back on this idiotic country and its idiotic politicians.”

Yoshida also mentioned the ineffectiveness of the efforts to dump water from helicopters, citing it as being insufficient. He considered the concrete pumping cranes later delivered to the plant to be of much better use for delivering water to the spent fuel pools.

Japan Times described a conversation between Yoshida and someone from TEPCO’s home office. The home office was asking Yoshida to not inject sea water as they wanted to be able to tell the Prime Minister about it before the work began.

Yoshida also discussed his concerns over the high risk of siting multiple reactors at one plant. He considered it a considerable risk during a disaster as was played out during the Fukushima nuclear disaster.
“I thought it wasn’t very good from a risk-diversification standpoint, but (TEPCO) had already built this (Fukushima Daiichi) and Kashiwazaki, so I had to work within that (system),” he said.

He also discussed the dire situation of unit 2 as reported in Xinhua:
“Regarding the badly damaged No. 2 reactor, that was seeing steam and pressure rising inside to potentially catastrophic levels, Yoshida said, “All of the nuclear materials could escape and spread.”

“Our image was that of a catastrophe for eastern Japan,” Yoshida said, referring to the fact that if there was an explosion in the No. 2 reactor then the cooling processes in reactors 1 and 2 would be halted, meaning that deadly amounts of nuclear material could be released from the three reactors.

Yoshida said in the transcript that regarding this disastrous scenario that, “This is the part I really don’t want to recall.”” 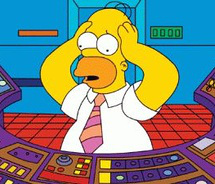 Fukushima Frozen Wall Problem Claimed To Be Trickle Of Water