In late September Dominion admitted that two nuclear fuel rods had broken open in the #2 reactor, spilling up to 15 fuel pellets inside the reactor. Eight pellets have been recovered, they think the others may have been ground up in the pumping and filtration system. The fuel was supplied by Areva and was in operation during the 2011 east coast earthquake.

Having two fuel rods fail to the point that fuel pellets escape is a very unusual event. Having pellets escape the fuel rods may not have been enough to set off sensors in the reactor systems. At a point those pellets break apart, this should have created high enough radiation levels in the reactor coolant water to not just set off sensors but also automatically shut down the reactor. Why this didn’t happen is not explained in any of the media reports.

The NRC monitored Dominion’s Inspection of reactor fuel after the 2011 earthquake. What is notable is that only 33 fuel assemblies from the core were inspected as samples. The entire core was not inspected for damage. So these damaged rods could have been overlooked. This meant that most of the fuel assemblies in the core since the 2011 quake remained in the reactor and continued being used until this year. During the quake an unusual fluctuation in the core was what actually caused the reactor to automatically shut down, not a quake safety system. North Anna does not have an earthquake scram system like the reactors in Japan had.

Cesium Still Being Found In US West Coast Milk Supply 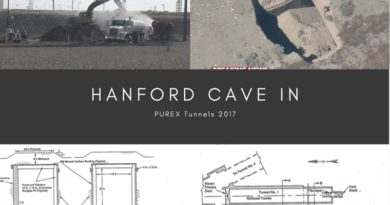