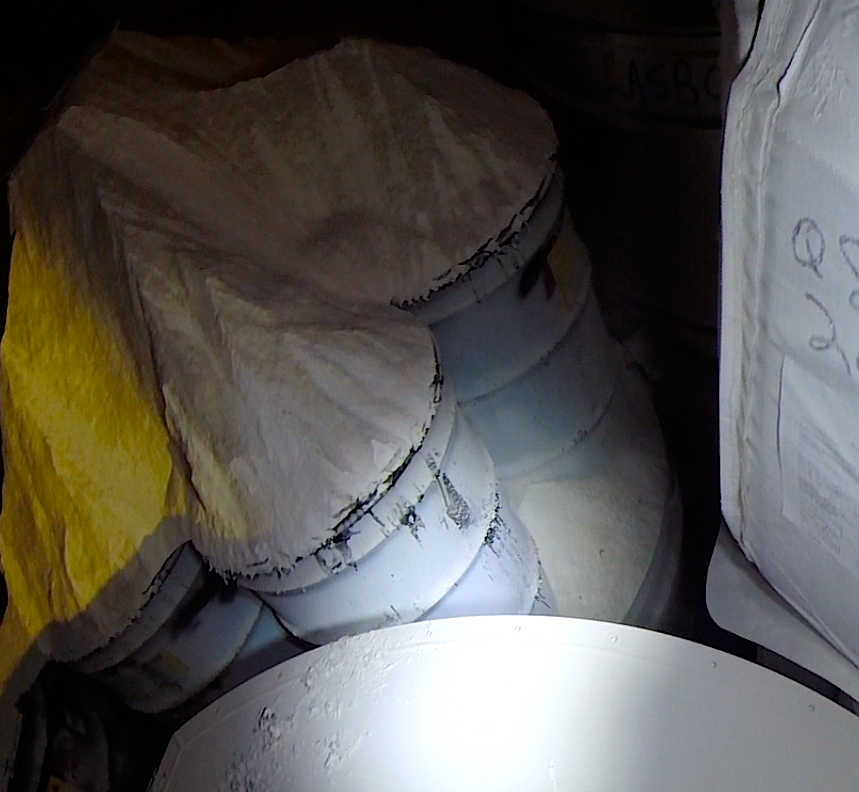 The current status of WIPP:

One additional barrel from the same at risk waste stream is located in Panel 6. Panel 6 is not sealed. WIPP is not taking any immediate action to isolate this barrel or close the room immediately. This leaves the entire underground at potential risk if this remaining barrel were to have a release event.

Los Alamos reporting and our investigations have focused the assumption of the event in Panel 7 Room 7 to be due to the wheat based cat litter along with the reported inclusion of the lead glove in the absorbed nitrate salt solution.

WIPP has stated repeatedly they will not remove the damaged barrel for further investigation and will not give a reason for this decision.

WIPP continues to work towards running a camera on a boom arm into the room to look closer at the barrel.

A new air shaft will need to be cut. New fans and HEPA filtration systems are being designed to be installed. Until the new system is in place, the old system will run through the HEPA filters. The old air handling system will eventually be no longer used.

WIPP plans to use sealing agents to spray on contaminated salt walls and floors as a fixative to contain some of the widespread contamination in the mine. This will be done rather than stripping the surfaces.

State codes that govern WIPP outline the types of waste allowed. The suspect barrels appear to not meet this set of rules that exclude things like reactive wastes.

NMED also had some very scathing things to say about the goings on with DOE surrounding the event at WIPP as outlined by Atomic Age
“NMED Secretary Ryan Flynn said on Sept 6, “The problem is that Department of Energy headquarters back in Washington, D.C., is looking at this situation through a political or (public relations) lens, so they’ve put a noose around the scientific personnel who can answer our questions and move this process along.” Flynn also said the DOE has thwarted attempts by the state NMED to gather information for its investigation. Flynn lauded LANL scientists who were in communication with him about possible causes, but DOE will not release documentation supporting the scientists. Flynn is questioning the whole “re-labelling” done by LANL and DOE, and says treating waste without a permit and labeling waste as less volatile than it actually is are violations.”

WIPP is allowing workers to be in the mine in certain areas deemed uncontaminated without any protective gear. There is no significant isolation between the contaminated and not contaminated areas. This leaves workers potentially at risk should the barrel in panel 6 have an event. Our team members have asked WIPP officials numerous times about the need for a rescue pod down in the mine, something frequently found in regular mining operations to give workers a safe haven during a mine collapse or major event. WIPP responded that they have set up a lunch room as a refuge room. This appears to have no actual reinforcement or isolated air system. This appears to be a situation of cost saving and corner cutting taking precedence over worker safety. When the risk is internal exposure from plutonium, it is a big risk to take.

There is also a plan to start up an additional fan for the air handling system that was in operation during the radiation release event. WIPP suspects this could release some plutonium and amercium to the environment when they start it up but characterized the releases to be acceptable to them. It wasn’t clear exactly how much could potentially be released by restarting this fan. WIPP Ventilation System