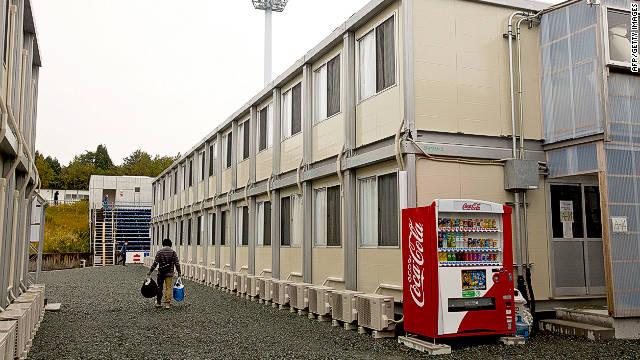 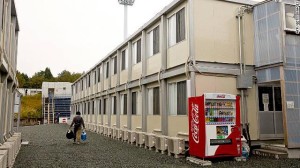 A series of announcements over the last two weeks have shown the Abe administration’s true plan for Fukushima & Japan. As the political class pushes for reactor restarts, their commitment towards Fukushima has turned to outright betrayal.

Starting in 2016 local governments will be forced to pay for part of the reconstruction costs.

Last week the central government announced they plan to reopen any area below 50 mSv/year for people to return by 2017. Areas at 20 mSv/year or below would be reopened in 2016. 20 mSv/year is the international maximum annual radiation exposure for nuclear workers. Now adults and children would be expected to expose themselves to radiation levels at and even above what is permissible for nuclear workers. ICRP cites that the public should not be exposed to more than 1 mSv/year.

The central government plans to end housing assistance for voluntary evacuees by 2017. This will require them to either fund their own living expenses where they moved to or force them to move back to the contaminated regions of Fukushima, even if they have no home left to return to. Officials admit the objective is to push people to return to the evacuated areas.

Many of the homes in Fukushima have severely degraded over the last 4 years. Some had quake damage that could not be immediately repaired due to the disaster. Others were subjected to damage or lack of maintenance over the last four years. There have also been problems with animals forcing their way in or thieves ransacking homes.

The government also announced that they would terminate compensation payments for all evacuees except those from the “difficult to return zone” by 2018. 54,800 people would lose their compensation payments, even those who have been in temporary housing units. There is no consideration being given to the prospect of these people having a functioning home to return to or not.

“However, it is not clear whether radiation levels will drop as expected by March 2018. Even if evacuation orders remain in place because of delays in decontamination work, the compensation payments will still end in 2018 for the two zones, the sources said.”

Efforts to decontaminate many places in the evacuation zone has proven futile. Some areas defied decontamination attempts, others recontaminated as runoff from forests and other areas migrated back in. In previous years the government had said they would not do further follow up decontamination in many areas, telling residents to just accept living in the higher areas. The government statement that compensation payments would end even if decontamination work had not been completed brings the entire plan full circle.

The government has however decided to give businesses a one year extension on compensation payments.

Compounding all of this will be the individual situation of many evacuees. In a recent survey almost half said they were unable to rebuild their home on their own. 40% said they lacked enough money to leave the temporary housing complexes. Only 37.3% of those in temporary housing that were surveyed wanted to return to their homes. Towns that have reopened so far only saw a small number of residents return.

What will ultimately happen to these people as aid is taken away while the evacuation areas remain unsafe and there is no plan to rebuild their damaged homes remains to be seen.