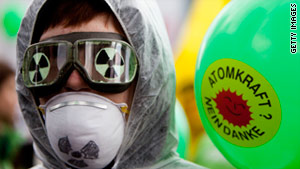 UPDATE: AP has reported that Sendai has restarted.

One of the reactors at Sendai nuclear plant prepares to restart Tuesday morning. The process should take about a day as long as nothing goes wrong. About 2000 people protested outside the plant grounds on Sunday. Asahi Shimbun was the only media source to even mention the large protest in rural Kagoshima prefecture.

We reported in our article, The Real Risks At Sendai, the evacuation problems near the plant. A serious lack of roads along with at risk roads and bridges that could be destroyed by natural disasters pose serious risks to any need to flee the area. NHK covered this issue today showing the inadequate response. Some roads are being shored up and forestry roads are being considered as alternate routes to try to evacuate residents. Efforts to shore up roads that are low and face the sea or rivers would still be at risk of being blocked. Depending on the type of natural disaster forestry roads could also be disabled. The prefecture plan to try to upgrade roads will take 8 years.

Japan’s NRA issued what may be famous last words when asked about the safety of restarting the Sendai reactor. They insisted that a Fukushima type disaster could never take place under their new regulations. A long list of safety shortcomings and ignored natural disaster risks related to the Sendai plant have been pointed out by a variety of sources yet have been ignored by the NRA.

Asahi Shimbun issued a scathing report on the lack of evacuation planning even with a new nuclear regulator and supposed lessons learned from the Fukushima nuclear disaster. A number of hospitals and facilities that help care for those in need said that evacuation plans are completely inadequate and some totally impossible. This would easily lead to the kind of horrible outcomes seen during the Fukushima disaster where hospital patients and frail nursing home residents were left among the confusion and only later rescued by the SDF forces. Many of these people died in the process.

The restart process is not without risk. The longer a nuclear plant sits idle the more problems that can be had during a restart.

NRA To Investigate Kashiwazaki Kariwa and Hamaoka Nuclear Plants Next