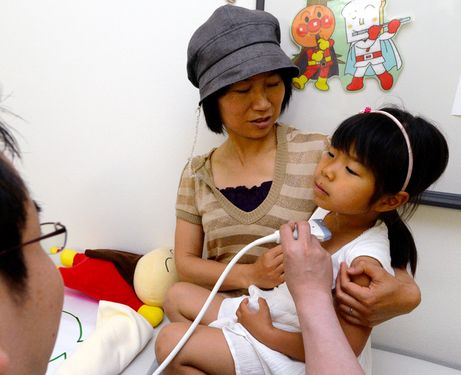 Portions of the new IAEA report on Fukushima have been criticized by the media and roundly slammed by Greenpeace. Much of the dispute is around a contradictory statement about the potential thyroid cancers in evacuees. IAEA admits that the exposure data being used is limited and unclear but went on to give a solid prediction there would be no thyroid cancers from Fukushima related exposures.

This has been a central problem with all of the official determinations on Fukushima. This is a clear case of “garbage in garbage out“. UNSCEAR and IAEA are basing all of their claims about harm to human health off of an admittedly flawed and limited study that underestimated the exposure doses to the public.

Hirosaki University researchers embarked on their own research into radiation exposures in 2011 and found levels much higher than what the government was claiming. The Hirosaki University data was gathered in April of 2011 by doing actual scans of evacuees’s thyroids (internal exposure) then back estimating the original exposure. This is a much more accurate way to determine an exposure. Their research was swiftly terminated under considerable government pressure.

Dr. Ian Fairlie explains why the ongoing health damage and death toll related to Fukushima may be much higher than admitted by the government and it may get worse.