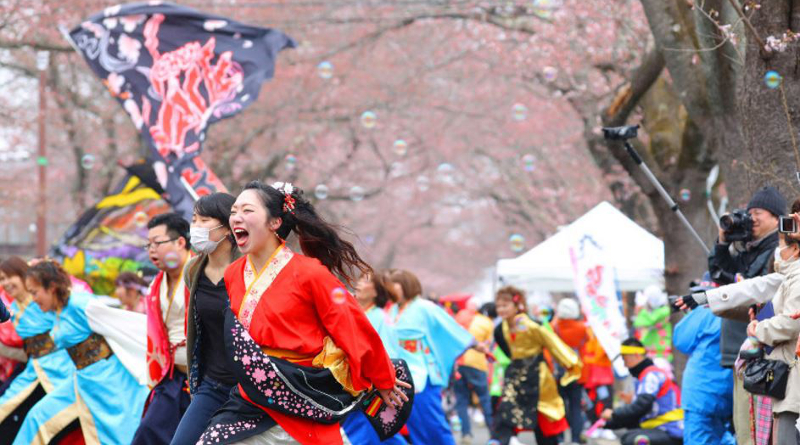 Japan’s government has used 2017 as the year they pretend the Fukushima disaster is over. Compensation and housing programs are ending while contaminated towns close to the disaster site are reopening as many vow they will not return.

A terse podium pounding exchange between Japan’s reconstruction minister, Masahiro Imamura and reporters both shocked and exposed the government opinion of the people impacted by the disaster. Imamura was asked multiple questions related to the plight of those classified as “voluntary evacuees”. These are people who evacuated from the regions of Fukushima that were not under official mandatory evacuation orders. As more areas of the evacuation zone is reopened, more people become “voluntary” in their evacuation.

Housing assistance for voluntary evacuees, many include households with young children, ended in March. When asked about the government stance on evacuees who have chosen to not return home Imamura said this “They are responsible for their lives” and added that if they chose to not return to their home town they should take full responsibility for their own actions.

The reconstruction minister’s angry tone with a reporter, saved here by NHK shows part of his outburst.

The government has repeatedly faced criticism for the handling of evacuee issues. Efforts to raise the radiation exposure limits for children to that of nuclear power plant workers caused international backlash early on. Japan’s government has done everything possible in recent years to remove as many other options for evacuees as possible. Compensation has been terminated for many. Housing programs have ended, and temporary housing units are being slated for closure.  At the same time many of the reopened towns lack sufficient services and some homes are heavily damaged. Areas left abandoned since 2011 have seen wild boar take over.

Towns attempting to reopen have faced their own challenges. Efforts to decontaminate the municipalities have struggled to achieve sufficient or sustained reductions in radiation levels. Those that have been set to reopen may have a low radiation level in the town center where a radiation monitor is set on new concrete. Walks around the town off the roads are still frequently at unsafe levels. Many of the towns close to the plant site that are in the process of reopening have no evacuation plan.

While progress has been made in cleaning up the disaster site and establishing systematic working conditions, it remains a considerable risk. It is after all a dangerous industrial site. Work to dismantle sections of the damaged reactor buildings can release radioactive dust to the wind. Risks of hydrogen explosions, radiation releases or criticalities will remain as long as the site exists in its current state or has highly radioactive materials on site. Bringing communities back in close proximity to the site just puts them at further risk. If this was solely by choice it would be a different issue. Some chose to return to homes near Chernobyl but they knew they were taking a risk in doing so and were not prodded by their government to return.

Imamura tried to apologize for his angry outburst but not his words. When later faced with a petition calling for his resignation he tried to strike a more nuanced tone but government policy remains. Prime Minister Abe rejected calls for Imamura to step down.

Over the weekend Abe and Imamura visited Fukushima on a PR tour. They visited a dairy farm in Naraha, an area near the disaster site that has recently reopened. Naraha is close enough to the disaster site that debris from the exploding reactor buildings has been found in the town. Abe announced that ““We want to support Fukushima’s efforts to dispel harmful rumors related to the nuclear accident and widen sales channels” while sampling milk and yogurt at the farm. There is no official program for testing milk or dairy products for strontium 90. There also appears to be no program for assuring reopened farms meets a set standard for decontamination or safety before production resumes. The public has been pressured to eat potentially contaminated food under an insufficient testing system that few trust.

The government focus has been on creating conditions where businesses could reopen, be it safe to do so or not. This has been in part to avoid having to pay for ongoing business losses or the permanent closure of those businesses. The tactic has also served to force things back to “normal”. This method to absolve the government and TEPCO of their responsibility also means that the people are expected to take all of the risk. The risk of ongoing radiation exposure in their daily lives if they return, or to the general population of Japan in the food supply. There is no program to support people should they develop a radiation related health problem in the future or if they were disabled by the same.

The government mantra of business first to the detriment of everyone else may sound familiar to those in some western democracies. This concept that the government can make people suspend disbelief and put themselves at financial, social and physical risk as a short cut to solve a complex problem never works well for those asked to participate.