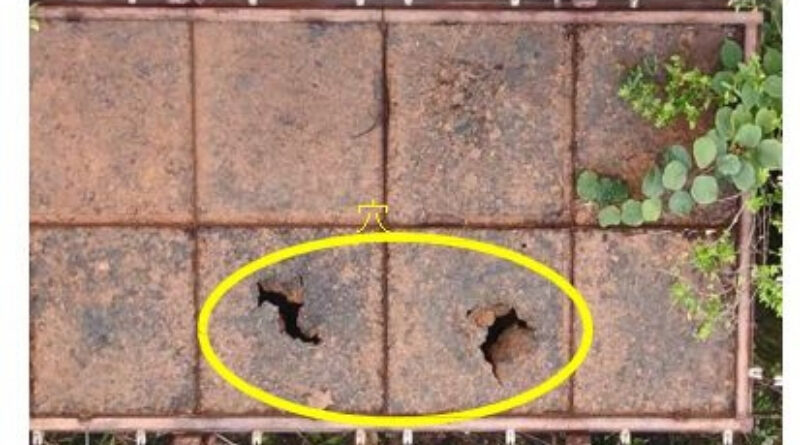 Notch tanks at Fukushima Daiichi are a group of rectangular water tanks with an appearance similar to a dumpster. These portable tanks were used early in the disaster to hold contaminated water. The tanks in this most recent report are similar to these notch tanks in use in 2013 at the tank farm pictured below. 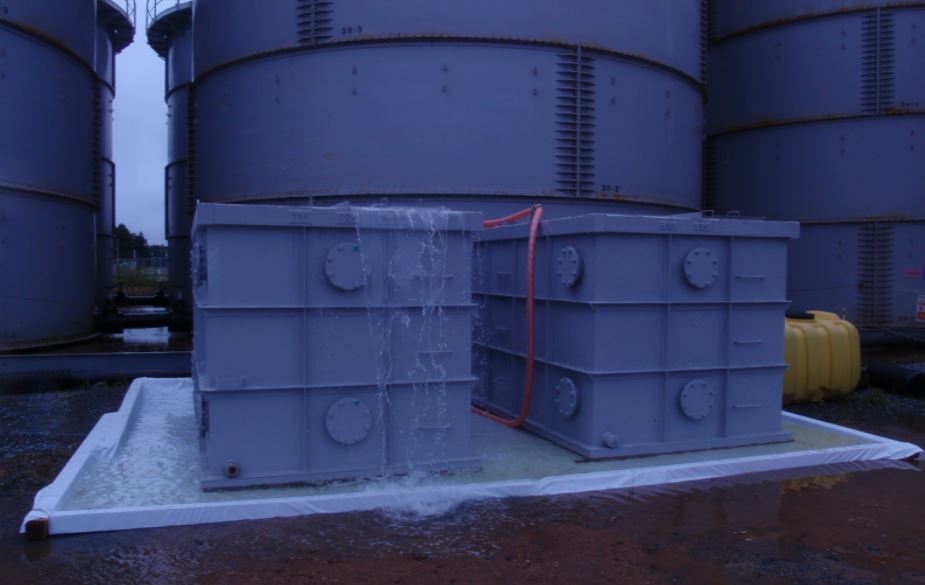 TEPCO noted that two of these notch tanks were stored in the P storage area where a radioactive leak had taken place in July. Those tanks were found to have had the top lid dislodged. TEPCO assumes water leaked out of these tanks through the top lid area. 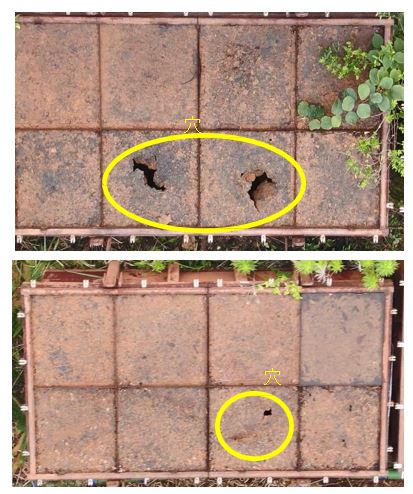 The lids show significant corrosion and large holes. The side of one of the tanks can be partially viewed in the photo, showing widespread rust on the sides of the tank. These tanks were gray in color when they were put into use at Fukushima Daiichi. The area directly over the lid holes showed slightly higher radiation than other areas on the lids of these two tanks.

TEPCO says they will increase monitoring of these storage areas but did not elaborate on any plan to remediate or significantly isolate these badly degraded containers to permanently prevent further leaks. The in-progress plan is to cover all 88 notch tanks with a plastic sheet to prevent water intrusion. 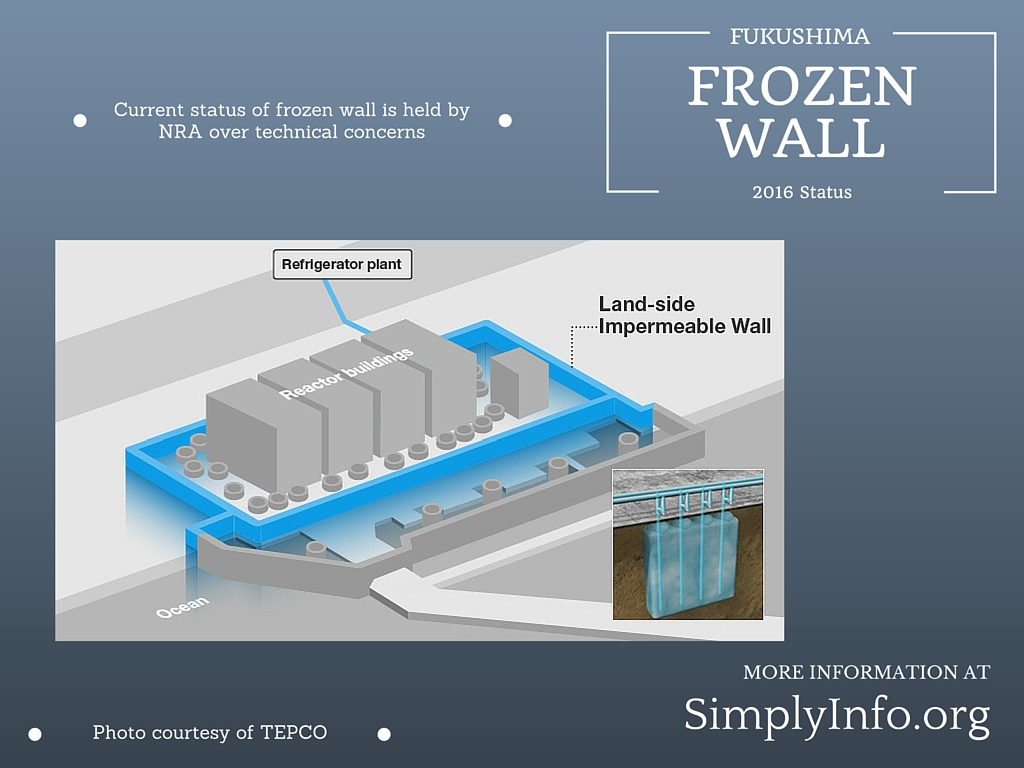 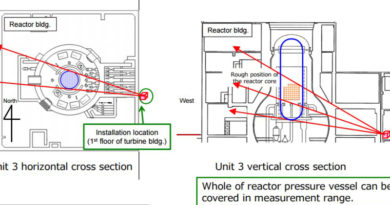