Work has continued at unit 1 to install a circulating cooling system. This will enable water to be reused for cooling the reactor. The work is near completion but has required workers to take high doses of radiation in the process. Many working on this project are now near their maximum exposures. New concerns have arose that the technical workers in the safety building may be nearing their maximum radiation doses. Losing those workers would be a considerable problem.

These high doses the workers are absorbing is extremely dangerous to their health. Young workers with less that 100 mSv have shown with work related cancers. Nuclear workers are also at higher risk for heart problems related to their exposures. The max dose on the workers is currently 250 mSv and one public official suggested moving it to 500 mSv.
It also bears mentioning these workers have no post work benefits if they become ill or unable to work in the future.  Many contract workers at the plant have also stated that they had not been fully informed of the risks involved with their work.

The new 5 sVh hot spot located in unit 1 is in the “air conditioning room” and is connected to the vent stack. This is outside of the reactor building itself. Previously, a 10 sVh hot spot was found in the vent stack pipes. TEPCO is assuming that during the blast or venting attempts highly radioactive steam escaped by this route causing the high readings.

Another challenge seems to be detecting equipment that is maxed out while taking readings. The 10 sVh hot spot could be even higher but the detection equipment used doesn’t go higher. As more incursions are done into the reactor buildings being able to know the exact values of extremely high readings could be critical. Currently floors 2 and 4 of unit 1 are off limits to workers.

TEPCO had previously stated they wished to drain water out of reactor building basements to do some concrete sealing to build a better re circulation system to cool the fuel. Those plans seem to have been removed from newer road maps.  The surface of the water is reading 2 sVh. All that water is providing a level of shielding so work in the basement of unit 1 and likely units 2 and 3 will have to be delayed for an extended time or some sort of complex shielding implemented.

All of this may explain why TEPCO was so keen to put a tent on unit 1 first if these known values are higher than other units or represent more outside exposure than the other units.

Workers hit an underground cable while doing preparation work for an underground retaining wall. Concern over the available blueprints came out. Pipes and cables are commonly found to be up to 100 metres from where they are located on the blueprints. There are claims that blueprints and plans have been destroyed in an effort to hide the known flaws and liability of the construction of the plant. The lack of reliably knowing where systems are underground is confounding progress at the plant. This will obviously be even worse as decommissioning moves forward. 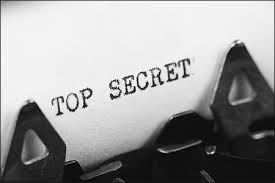