The linear no-threshold model (LNT) is a method for predicting the long term, biological damage caused by ionizing radiation and is based on the assumption that the risk is directly proportional to the dose at all dose levels. In other words, the sum of several very small exposures have the same effect as one larger exposure.

Because the current data is inconclusive, scientists disagree on which method should be used. Before the nuclear industry existed, the only health concerns were based more around natural occurring radiation and our bodies had a mechanism to protect us by the release of melatonin for example.

Higher levels of radiation were found to in areas where radioactive elements existed naturally and, some have proven to be fatal. As the nuclear industry started and the science of ionizing radiation damage matured, the industry had to develop guidelines which could be used to set limits. Unfortunately those limits were established on the basis of probabilities of getting cancers etc. to the body due to the exposures. Acute and Chronic doses were established. The devastation caused by the bombing in Japan were used to form some basis of exposure.  That information has had application in the nuclear industry through the years.

It is my opinion that, even though scientific experimentation on how the body reacts to an absorbed dose or external dose, the safety limits should not be relaxed. The limits should remain very challenging to the industry to force continued and increased efforts to keep the exposures and doses enforceable to the lowest absolute level.

If the studies show that lower levels are not as harmful as has been the norm, the nuclear industry should not be allowed to modify current limits. The safety of our international nuclear workforce is much more important than increasing the exposure. These workers should be compensated for working in a radioactive environment based on the exposure received above the normal background ionizing levels that exist in nature.

Companies that hire workers who are untrained and uneducated about working in areas where the risk of receiving radiation exposure and dose exists,  should be fined if those workers are found to be unfamiliar with their work, safety, protective clothing and proper procedures.

The industry throughout the world hires these workers sometimes referred to as “Road Whores”, some of which have experience and are trained, but many of which are labor type workers doing the seemingly least important but necessary tasks.

Once they have reached the limits (which are elevated in most all cases to the maximum levels allowable) they are let go with no compensation. In my opinion a scale should be established such that the industry has to compensate the workers proportionate to their dose and in the event of receiving a dose equivalent to a life time dose they should be compensated for life.

The incineration of rubble OK’d amid radiation risk 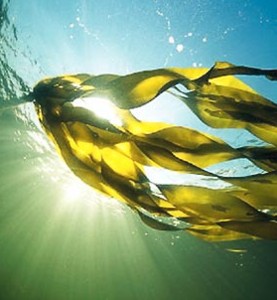