The NRC has admitted that 27 nuclear power plants may need upgrades to make them better able to handle earthquakes. North Anna nuclear plant in Virginia is on that list. The review was kicked off by the Great East Earthquake and Fukushima disaster in Japan. While the NRC is putting on an “everything is safe” face for the public, the communication inside showed something quite different.

The AP obtained NRC emails discussing the current state of safety at some of the US reactors. The NRC data shows N. Anna to be 38% more likely to suffer core damage from a quake. An augmented inspection team was sent out last week something done when the risk of reactor core damage rises by 100. Only two of the US’s reactors are required to review their sesimic data frequently, the rest are operating under decades old seismic safety reviews. The NRC also does not require nuclear plants asking for a 20 year operating extenstion to review or update their seismic safety analysis.

NRC seismologist, Annie Kammerer, acknowledged that recent science showed stronger quakes could happen, her statement in internal emails was “Frankly, it is not a good story for us,” . Her boss wrote this in March related to the seismic concerns that came out of the Fukushima disaster.  “didn’t know everything about the seismicity” (in central and eastern US) and  “And isn’t there a prediction that the West Coast is likely to get hit with some huge earthquake in the next 30 years or so? Yet we relicense their plants,” he wrote.

Some of the reactors on the list of units needing seismic upgrades were Perry 1 in Ohio with a 24 times higher core damage risk than previously thought.. River Bend 1 in Louisiana, Dresden 2-3 in Illinois, Farley 1-2 in Alabama and Wolf Creek 1 in Kansas topped the list..  North Anna ranked lower with a 38% increase.

The NRC also documented a long list of near miss incidents at US nuclear power plants in 2010. Many of these incidents came from items the NRC told the power company to fix, others from obviously failing equipment left unrepaired for years. The Braidwood reactor in Illinois had steel ripped from the inside of the containment structure by steam. Brunswick staff couldn’t figure out how to alert emergency staff during an incident. Calvert Cliffs left a roof to leak for years and a protective device go unrepaired. The combination caused the reactor to go into emergency shutdown. Diablo Canyon operated for 18 months with vital valves disabled. Ft. Calhoun, the now famous flooded nuclear reactor on the Missouri river had their emergency water system fail repeatedly for years. Workers at the HB Robinson nuclear plant didn’t notice the reactor lost cooling for 30 minutes. Surrey nuclear plant had a control room fire, ignored the need to check other control rooms for the same flaw and another one caught fire six months later. 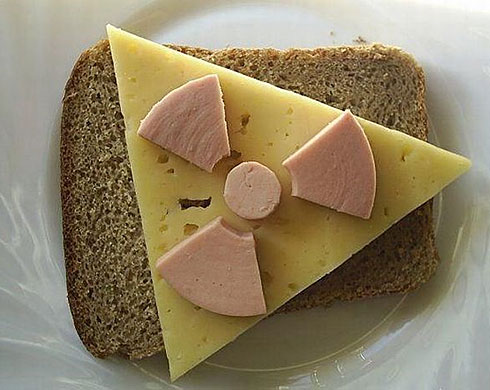 US Group Calls For Radiation Monitoring Of Food Supply