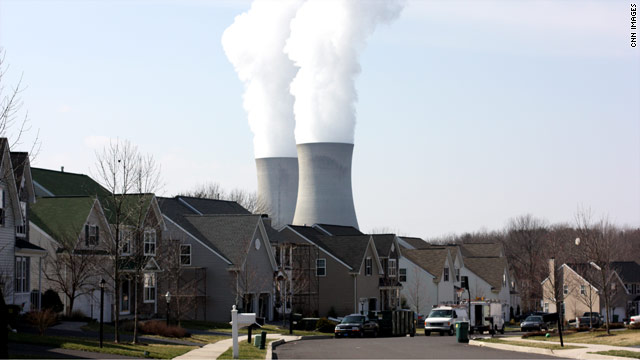 The New York Times recently ran a piece proclaiming the issue of spent nuclear fuel as a major problem. The US has 104 operating nuclear power reactors. There are 439 power reactors operating worldwide, they provide only 6% of the world’s power. The US reactors alone produce 2000 metric tons of fuel each year. As of 2009 the US alone had produced about 64,000 metric tons of spent fuel. A 2009 estimated said the planned (and now scrapped) Yucca mountain storage facility would have hit it’s 70,000 metric ton capacity by 2010.

Currently no country has a permanent storage facility for nuclear fuel waste. A few are exploring the idea at various underground locations.  In Germany the Castor waste transports have been generating weeks of massive and sometimes violent clashes with police. Germany currently does not have a permanent storage facility. Fuel is taken to an interim facility in Gorleben after vitrification in France. Germany has considered a permanent facility in an underground salt dome. Researchers have expressed concern as the irradiation of salt could cause an explosion and chain reaction of explosions in such a facility.

In the US the bulk of the spent fuel is still stored in the spent fuel pool at each reactor, packed tightly and well over capacity for the pool. As was seen at Fukushima, spent fuel is a major risk factor. Unit 4 at Fukushima had a pool not nearly as full as most in the US. It burned and boiled for weeks releasing massive amounts of radiation into the environment. This pool still holds a high risk of structural failure, something that could make not just the site but a large portion of Japan uninhabitable.  As was seen at Fukushima, many reactor designs provide no containment at all for the fuel pool. Some only have a metal shed covering over the top floor where the fuel pool resides. Most of the nuclear plants in the US were built in the late 1960’s into the early 1970’s leaving over 40 years of spent fuel piled up with no solution in sight for dealing with it. Even more concerning, these plants that once were in more rural areas are now in more populated areas as cities grew. They are literally bombs in people’s back yards. Find out how close nuclear plants are to homes in the US.

Since the Fukushima diaster the US NRC has dragged their feet about safety changes or any serious contemplation of the risk to public safety these aging reactors and their packed to capacity spent fuel pools pose. The NRC suggested adding some sort of instrumentation and emergency cooling system to spent fuel pools. They suggested moving some fuel to on site cask storage but have yet to make any mandate on power companies. Nothing was discussed about long term storage in a safe facility. Instead the current “solution” is to put the fuel in casks that will sit in the parking lots of nuclear power plants near populated areas.

Casks cost about $1 million each and give off about 1 millirem per hour with a 90 degree (32 Celsius) constant heat coming off of the concrete cover. The casks are estimated to last 100 years, There has been no explanation how that will work in long term storage intended to go on for 1000 or more years.

Reprocessing was for decades seen as the “solution” to the nuclear waste problem. Japan’s experiments with reprocessed mixed fuel (MOX) have been far from successful. Batches of improperly mixed fuel and flawed rod assemblies put their MOX program in question. Recent investigations found wide scale fraud by power companies in Japan that faked public support by using employees to pose as average citizens claiming support.  Unit 3 at Fukushima was running a partial load of MOX fuel when the disaster struck. The explosion at unit 3 was far worse than any other unit and workers are still unable to safely enter the building due to extremely high levels of radiation. Our research has shown that MOX assemblies can develop hot spots if fuel is improperly mixed, as has been accused of the factory that made the fuel for Fukushima and the MOX fuel can vaporize at relatively low temperatures exacerbating the melt down process. Since the disaster at Fukushima the Sellafield MOX plant in the UK has been scrapped. Reprocessing also poses a considerable weapons proliferation risk. The reprocessing itself is a high risk process. The National Research Council called reprocessing a not economical option. Along with reprocessing, the idea of fast breeder reactors held hope for a more sustainable nuclear fuel cycle but these experimental reactors have been an epic failure to date.  Neither reprocessing or fast breeder reactors solves the waste problem, there would still be massive amounts of nuclear waste to store.

The US is still putting billions into a MOX fuel plant at Savannah River even though they have no buyers for MOX fuel. Duke energy ran MOX fuel on an experimental basis in one of it’s reactors and stopped the program after concerns with the fuel assemblies occurred.  Currently the US taxpayers are on the hook for this billion dollar boondoggle.

Many of the reactors in the US have been granted 20 year extensions to operate beyond their planned life cycle. When a plant is decommissioned the US has no place to send highly radioactive parts like the reactor vessel. So they sit on site as crumbling nuclear hazards.  Cask storage itself has presented problems. Activists have pointed out the terrorism risk of fuel casks sitting in power plant lots. The cask storage at North Anna nuclear plant sustained minor damage and casks shifted considerably on their pedestals. 25 of the 27 casks at North Anna shifted on their pedestal. A larger or longer quake could have caused far worse problems.

The world’s nuclear industry has had over 46 years to come up with a solution to handle nuclear waste, to date no long term facility has been put into operation and no real plan for true long term storage or fuel disposal has been found. 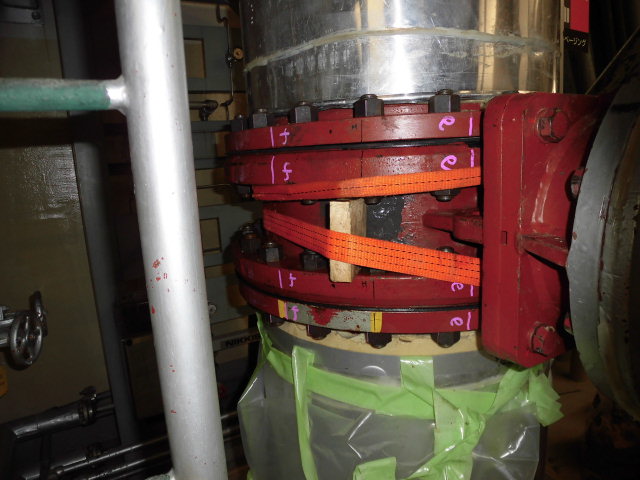 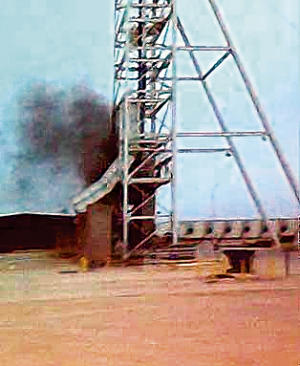 Radiation Leak At WIPP Considered To Be Waste Leak 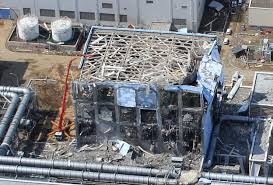 All Spent Fuel Out Of Fukushima Daiichi Unit 4