Tomohiko Suzuki arranged with a contractor to work at Fukushima Daiichi for close to a month. What Suzuki discovered flies in the face TEPCO and government reports and confirms many of the accounts we have gotten from workers at the plant.

Progress is largely an illusion and more effort is put into appearances than actual safety.

His discussions with nuclear technology experts also pointed out that many people living beyond the 20km evacuation zone should not be due to high doses. He specifically points at Iwaki and Fukushima and cites the lack of evacuation had more to do with the large population of the two cities and the government reluctance to deal with evacuating larger cities. Suzuki also talked of workers being given impossible tasks that could only be completed if they fudged their dosimeter readings. They did this by putting them in their socks or not even bringing them with to work. He also mentioned the radiation screening machines were set to scan too fast and had the connection to the warning buzzer cut.

One safety concern cited is the ad hock water system. It was originally put together with plastic piping and hoses that still have not been upgraded to something more durable. We have seen this many times in the ongoing leaks of the treatment systems where low grade white PVC pipe was used for locations that should have metal pressure fittings and miles of plastic flexible hoses are used to route water. Suzuki mentions concerns of those pipes freezing or cracking in the cold.

The Yakuza problem at the plant has been brought up by workers and investigative journalists many times. TEPCO conveniently avoids handling the issue by allowing subcontractors to deal with all the outside hiring and employment, leaving them to disavow any knowledge. Suzuki claims there are not Yakuza workers at the plant but instead they are finding, hiring then skimming wages of workers at the plant. He goes on to say that this is an old tactic of the Yakuza, to take debtors and force them to work at nuclear plants to pay off debts.

Many of these issues are not new to those who have been following the goings on with the workers closely. Hopefully Suzuki’s new book and media attention will again put pressure on the government labor ministry to do more to assure worker safety, rights and long term oversight of their well being after their work at the plant is done. 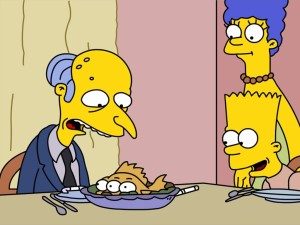