Lazy journalism is the friend of parties with agendas wanting to get their propaganda or skewed study absorbed by the general public. Both the New York Times and the Wall Street Journal published articles verbatim repeating claims in a study with absolutely no fact checking. A report published by the Health Physics Society claimed that worker exposures at Fukushima were incredibly low and that public exposures were too low to even research. They even suggest some from the evacuation zone should return now.

A number of workers did heroic work of going into the reactor buildings as the meltdowns were in progress. Workers did have the earthquake/radiation proof building to shelter in during the worst of the releases. These exposure levels are hardly “no big problem”. Fukushima has had a very large number of workers at the plant. Not all of them have been in areas with the highest radiation and not all have worked there continually for months, some may have only been there a few days. Pulling in all of these workers and making an average gives a distorted impression of a lower risk than really exists. TEPCO’s numbers are also internal contamination, something worse than external contamination. One worker had over 590 mSv of internal contamination.

The group also claims that the exposures of the public are “The doses are just too low”. Since only a small fraction of the public from the region have been reviewed for exposure in any way, that statement is both flawed and premature. Those who have been reviewed were done by asking them to answer questions about where they were and someone guesses at their exposure level. These guess tests also only look at possible external exposure and do not address internal exposure. Only 10,000 people out of the estimated 2 million people that reside in Fukushima were given the question test. There is no government plan to give people whole body scans or other actual tests for their radiation levels. The question test is not very reliable, is limited to external exposure and only took a very small fraction of the public. Meanwhile local efforts to test people that are not tied to the official government reports are finding exposures.

51% of the children in Minamisoma that have been tested so far have levels of internal exposure.
Children in Fukushima City, far from the evac zone are showing up with internal contamination and the levels continue to go up, not down.
30% of children recently tested in Fukushima for thyroid abnormalities showed with damage or lumps, signs of exposure.
Many children still can not access a facility to be scanned.

Internal exposure continues to be a problem beyond people’s initial exposures. The ongoing problems with contamination in the food supply and the long term isotopes that still exist in the environment continue to pose a risk to people in Japan.

So who is this group that is peddling data that clearly was made to fit an agenda? The Health Physics Society is a group of mostly mathematics and physics professionals. The group has come under fire for being biased including admissions by key members that the group has a vested interest in keeping the nuclear power industry alive and kicking.
One member that went on this group’s press tour is John Boice. He is in line to run the National Council on Radiation Protection and Measurements, a group run by key companies in the nuclear  industry.
NCRPM’s sponsors:
3M >
GE Healthcare >
Duke Energy Corporation >
Global Dosimetry Solutions, Inc. >
Landauer, Inc. >
Nuclear Energy Institute >

Katheryn Higley, the other person talking to the press is the head of nuclear engineering at Oregon State and is running a “Partnering With Industry” program to promote nuclear power.
Both parties promoting this report have objectivity issues that explain themselves when you take the outrageous statements made and the fact that both are actively pandering to the industry in their professional lives.

The Wall Street Journal article also mentions Robert Peter Gale. He was featured in a Vanity Fair article about worker exposures where he gave some rather disturbing statements that were quickly debunked vs. existing radiation exposure information.

Sadly, TIME magazine’s blog also fell for this report. Scientific American fell for it too.

(Ed. note: the group gave a panel discussion only per the NYT. This wasn’t to promote a study so there isn’t even a paper to refer to for details on their claims. Even more reason the press should have done some sort of fact checking on their claims before printing them. Sadly, exaggeration in the debate over nuclear issues cuts both ways.  We also checked the groups website and journals and only found a page on Fukushima that expressed many of the same downplaying platitudes without any hard number or references to back up their statements.) 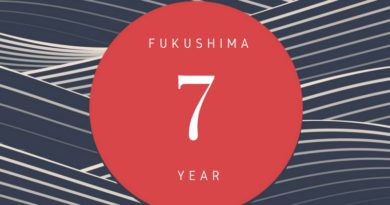