Edano may have an evil twin. One day he is stating that he is against the reactor restarts, the next he is promoting them. Kansai Electric has magically (or conveniently) managed to meet meet enough of the “instant noodle” last minute safety guidelines to prevent a meltdown in the case of a power outage according to Edano.

The government cabinet believes Kansai’s reactors could withstand a power outage. No word on any other disasters, like the earthquake and tsunami that pummeled Fukushima Daiichi. What work has been done to meet the station blackout risk was not described. Much of the needed safety work has already been kicked down the road by a number of years.

“In the timetable, Kepco revealed a plan to set up venting systems with filters at the Oi plant to reduce the risk of  radioactive substances entering the atmosphere in a severe accident, as well as quake-proof accident management facilities, both by fiscal 2015.”

The quake proof building was critical to preventing Fukushima Daiichi from becoming a larger catastrophy. Without it the workers would have had to abandon the plant.  Oi does not have an earthquake proof building and won’t until 2015, that is if Kansai ever actually builds one. Kansai claims they would build the quake proof building in the first year but there appears to be nothing mandating this be done or be done in that time frame.

All of this is being rushed under the guise of summer power shortages, something that has been doubted by both government and the public. Asahi Shimbun points out that power sharing could avert summer shortages, defeating the need for Oi to restart.

NHK is now reporting that 69 government officials have recently taken jobs with Kansai Electric including METI officials and Osaka city officials. Again, raising more doubts about the transparency and impartiality of the entire situation.

The city of Osaka is pushing for a clause in Kansai’s corporate rules, using their shareholder status. The clause would require Kansai to have security agreements with any local government within 100km of a nuclear power plant. This would then mandate that Osaka, Kyoto and Shiga prefecture would need to approve of a reactor restart.

This editorial in the Asahi Shimbun makes it abundantly clear how this game is being played. The reactor restarts are political, not based on technical or scientific reason. The national government appears ready to stake their political careers on restarting these reactors at Oi. This point mentioned shows what lengths they are willing to go to in order to get it.

“Since the city of Osaka, which is Kansai Electric’s largest shareholder, is strongly against the restart, I hear that some Cabinet  members have expressed no qualms about implementing an extensive blackout in Osaka.“ 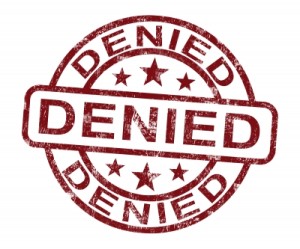