Los Alamos National Lab (LANL) announced last week that they want to try a technique to image where the melted fuel is located in the reactors at Fukushima Daiichi. TEPCO has not been able to state with certainty where the fuel is. The technique is similar to an xray in the way that it creates an image but is done using tiny cosmic muon particles. These particles won’t pass through the radioactive materials in the fuel core causing it to show as a white silhouette but these images can take weeks to months to develop.

This illustration from LANL shows how they intend to set up the detectors in a series of shipping containers on either side of the reactor building. 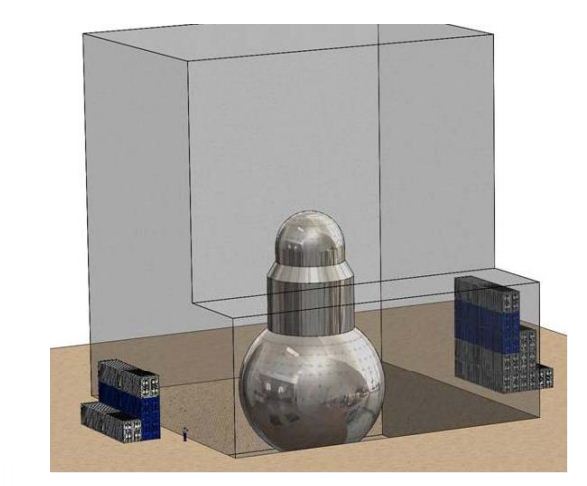 This arrangement would only allow them to look for the melted core above ground. In order to look below the containment drywell or into the areas of the torus room they would need to set a group of detectors lower. This would likely require putting one set underground. With the current conditions at the plant, underground structures and limited space it may be impossible to do so. LANL has not clarified their intention for imaging but does mention putting the detectors underground is one scenario possible.

This report from LANL explains the funding with a considerable amount coming from US government science funding. There is a portion that needs to be paid by TEPCO and METI to put the project into action.

The designed detector system if implemented would send information via a wifi signal out of the plant and then on to the facility at LANL for the team there to read the data. The detectors would be assembled in the US and then shipped to J Village for TEPCO staff to install.

The team at LANL has been experimenting with this in a small scale to anticipate various challenges of the site and reactor buildings. Much of that previous work is explained here. The team has also visited the disaster site in May 2012 to determine the conditions of the plant.

This image from a recent paper by the LANL team shows what the muon image would look like, these are done off of their model reactor core in the lab 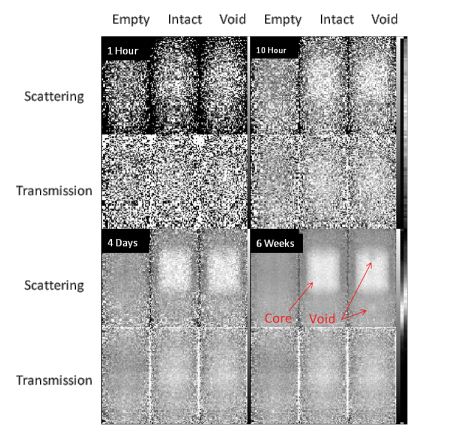 A set of muon trackers being used in the lab at Los Alamos. 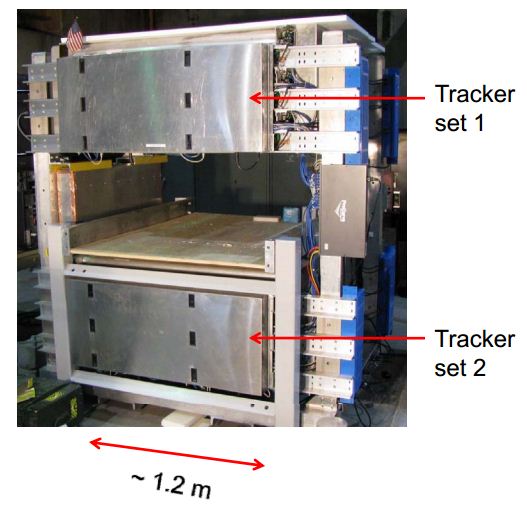 One of the biggest challenges at Fukushima Daiichi is the high radiation around the plant. The team at LANL plans to compensate for that with concrete shielding as explained here:

“A major engineering challenge at Fukushima Daiichi is radiation shielding of deployed detectors. The site has high radiation levels on the order of one mSv/h dominantly produced by γ rays from 134Cs and 137Cs. These increase the singles counting rates and produce accidental coincidences in tracking detectors. Tests performed at the reactor site, and measurements with small scale drift tube detectors have shown that 50 cm of concrete will provide adequate shielding for operating detectors at the locations modeled here. A radiation shield of precast-concrete can enable quick installation to the site”

The entire paper can be found here.

This project has the potential to provide LANL with a unique situation to learn more in the field of Physics and expand their knowledge of muon tomography. It could also provide TEPCO with critical information about the exact location of the melted reactor cores. This understanding would speed up decommissioning of the disaster site and could help guide safety and containment work to prevent larger releases from the plant. 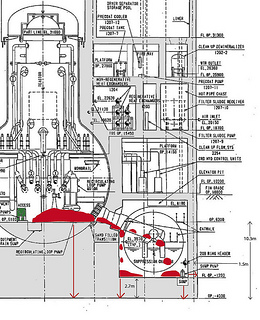 IRID Admits Fukushima Unit 1 Fuel May Be Outside Of Containment 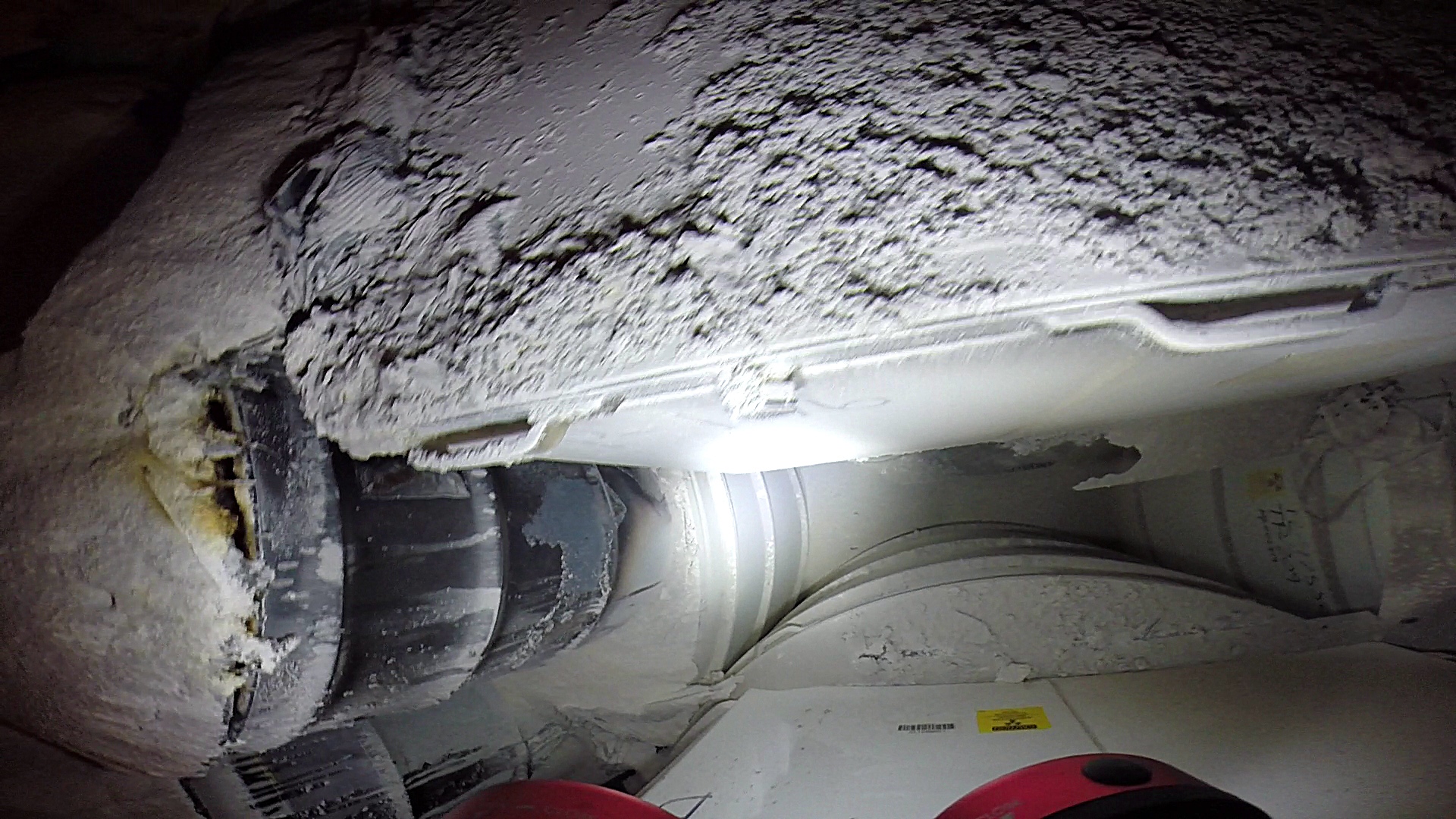