The government claims this isn’t dishonest as they published somewhere the fact that the area near some stations was decontaminated. No explanation is given for online readings that clearly allows people to understand this or how they could then calculate the true level of radiation. We mentioned previously where MEXT had done something similar by citing the actual readings for radiation stations on top of tall buildings but putting the 1 meter calculated value in fine print where most people would not see it. Fine print or obscure caveats do not absolve these agencies from the deception they are perpetrating.

Greenpeace reports some piecemeal decontamination such as clean up of some lightly contaminated parks. The situation in Iitate illuminates a problem repeated over and over in Fukushima. The mountainous region is highly contaminated, the terrain encourages recontamination. The success of decontamination efforts in Iitate is doubtful. People do not trust the government statements or efforts, many wish to be properly compensated so they may move on with their lives. Many still live in temporary housing while the government lives in denial of the real situation, pretending that the highly contaminated areas can be re-opened. The local government authorities said they felt unable to do anything being stuck without funding, permissions or direction by the central government.

Greenpeace also points out how much funding has been wasted and how decontaminating Fukushima City would be a far wiser use of funds than attempting to decontaminate the worst areas of the disaster.

The other large scale farce in Fukushima has been the prefecture health survey. It was originally presented as a way to help those exposed in Fukushima. It quickly turned into something else. Japan Focus outlines exactly how this study turned into a propaganda vehicle that isn’t helping anyone but the politicians trying to deny the scale of the disaster. It always was a propaganda vehicle, it just took a while for people to determine this for sure.

Japan Focus points out that the study’s final objectives established before any data was collected show the true intent of the effort:
“”to calm the anxiety of the population” and to convince doubters that “the health impact of the nuclear accident of Fukushima can be assumed to be very minor.” The initial statement made at the start of the survey on July 24th 2011 during the third meeting of the exploratory committee was that,“at the present time, the health effects of the radiation caused by the Fukushima NPP accident might be extremely low as far as both internal and external exposure are concerned.

Starting research with your conclusion already made is not research.

The Fukushima Health Survey claims a number of things based on Chernobyl that are not accurate. The study also claims there is no non-disaster comparison for Japan, ignoring Yamashita’s own Nagasaki study of children’s thyroids. In quoting Chernobyl data the Fukushima study claims that no thyroid cancers early after Chernobyl. This ignores the known suppression of information and research by the government in the years directly after the disaster. Thyroid damage found about four years after the Chernobyl disaster was not due to a lack of physical damage to the population but due to a lack of research and examination being done or documented. This throws the health survey’s claim that abnormalities only occur years after a disaster out the window.

The Japan Focus paper also discusses the lack of sufficient follow up with those found to have concerning thyroid abnormalities in Fukushima. Of those found with larger nodules and cysts a very tiny segment of those people have been further examined. This means the one case of thyroid cancer found may not be the only one,  due to the lack of follow up testing they do not know. Quoting this one case as an outlier is an inaccurate statement by the health survey. They simply do not know due to lack of follow up if it is indeed the only one, rather than one of many.

The survey itself has suffered from a very low response rate, only a tiny fraction of those exposed in Fukushima have participated. The survey does not clarify exactly who is included in the survey, their location during the worst of the fallout and who moved away to avoid exposure at the right times. The even more troubling aspect of the survey is the outright refusal to make any data public. They won’t even share it with other established researchers. The survey lacks one critical aspect. Nowhere in the language or commentary of the survey directors is the welfare of those exposed and their medical care mentioned. The “study” appears to be all that matters. The welfare and medical care of those involved appears to not be a priority anywhere in the study.

The Japan Focus paper mentions this worrying aspect of Chernobyl. While the Fukushima Health Survey has been quoting Chernobyl and the mythical four year window before people will show signs of illness it ignores this:
“Those surveys underestimated the effects of the Chernobyl accident on children by supporting the idea that only some thousands of “avoidable cases” of thyroid cancers (meaning cancers considered to be medically treatable) appeared after the nuclear accident” without mentioning that when the Chernobyl thyroid cancer cases were found in the early 1990s, it was also found that the cancer had already metastasized to the lung and lymph.”

This same Fukushima Health Survey has been heralded as “proof” nobody was exposed by the World Health Organization and the US nuclear industry. 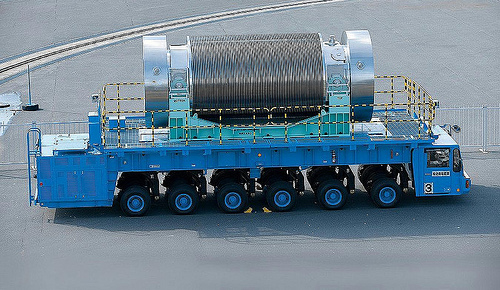