The New York Times reported in 2004 on the horrible track record of the Salem nuclear plant. Salem was damaged by hurricane Sandy, taking out 5 of the 6 cooling water intake pumps and blocking the intake system with debris.

A major investigation by the NRC in 2004 found a laundry list of failing equipment, safety violations and management retaliation against employees for pointing out safety issues. Even supervision in the control room was found to be a serious safety risk. Before the 2004 findings in 1995 Salem was forced to close down for 2 years to repair major deficiencies at the plant. This is something unheard of in the nuclear industry so focused on profits and avoiding down time. It is even more rare for the NRC to demand it. The plant complex shut down all reactors again in 2005 to deal with the massive list of problems.

Many of the failures cited were due to lack of maintenance. Some of them include:
rusted metal supports on water pipes to a reactor
poor insulation on piping
poor maintenance that led to the failure of a pump valve
emergency diesel generators had 160 backlogged maintenance orders, some older than 18 months
water circulation pumps repeatedly failed
workers complained of “oil leaks and roof leaks”
hydraulic systems used to move the control rods inside one reactor leaked
fumes from one generator were so bad that workers nearby had to wear breathing masks
engineers were forced to bypass nine nonworking sensors used to measure the reaction in the nuclear core because there were no replacement parts
Steel struts rusted
oil pooled on the deck beneath a generator
water dripped through building roofs

As maintenance request were ignored workers gave up on sending them in knowing they would never be fixed by the plant owners. In 2003 a turbine bypass valve, jammed open in the Hope Creek reactor located at the same site as Salem. The reactor was shut down, this corrected the failure. The power company ended up in a heated argument with staff. The company didn’t want to do the needed repair on this critical reactor system component. The supervisor who went to bat for the workers ended up being fired by the power company. The more recent NRC investigation resulted in the public being told very little about the incidents or what was found. The consultants the power company hired had scathing reports about the conditions at Salem. They found management pushing employees to simply work around failed equipment and incidents where upper management were second guessing the reactor operators. In 2004 the power company gave assurances things would get better. Clearly that has not happened.

California May Face Summer Power Shortages Due To San Onofre 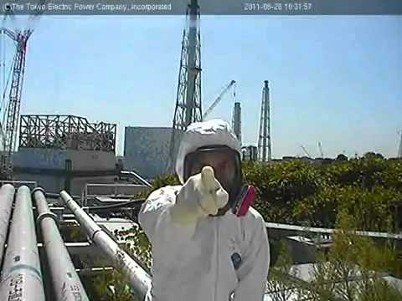