TEPCO has admitted a 4th worker was highly exposed in the turbine building basement of unit 3. He received 56 mSv for his brief trip into the basement. TEPCO also admitted all of the team that was in the basement for longer required medical care due to their exposure.

“TEPCO and its business partner Kandenko Co. had previously said that only three workers waded through highly contaminated water on March 24, 2011. That story held up until last month. A different worker revealed during a Nov. 1 news conference that he had refused to go to the basement but someone else went there.”

“The two Kandenko employees and the man working for a first-tier subcontractor ventured to the basement and went about their tasks while ignoring dosimeters clicking ever faster due to the high radiation levels.The three were exposed to about 180 millisieverts of radiation–a dangerously high level–that required immediate medical treatment.”

‘While the three workers toiled away in the basement, a separate team measured high radiation of 400 millisieverts per hour near the water surface there and immediately tried to flee the area. The members of that team told the Kandenko workers to evacuate immediately. It was before this chaotic rush that the fourth worker ventured to the basement, according to TEPCO and Kandenko. However, a worker who gave a news conference on Nov. 1 offered a different version of events. “After the other team called on the (Kandenko-led) team to flee, the fourth worker was ordered down to the basement,” he said. However, the man, fearful of entering an area with high radiation levels, did not follow the instruction.“ 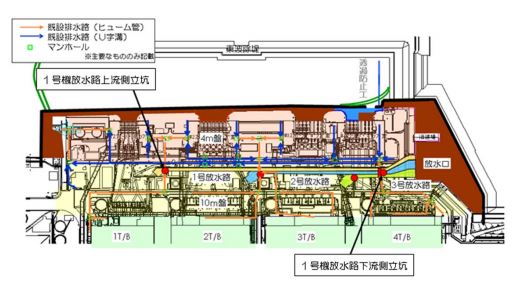