The new WHO report on Fukushima was conspicuously timed to reach the worldwide news cycles leading up to the second anniversary of the disaster. They study has had considerable press time, but all this attention failed to look deeper into the study or analyze its role in the larger disaster.

The methodology used for the WHO cancer projection risk report fails in a number of ways. Instead of attempting to build a few sample detailed profiles of exposure, they used highly generalized on paper estimates then applied them to entire populations. The WHO study is not based off of real world recorded exposure data in humans. It is instead very rough on paper estimates based off of government environmental radiation readings and food testing. The WHO study also threw out all data from the evacuation zone, where most people were actually exposed. Their study completely lacks this important data in their calculations.

The known exposure data for the Fukushima region showed that actual exposure is highly subject to individual circumstance. Where you were on a certain day, your activities, personal health factors and where plumes or hot spots were played the defining role in each person’s actual exposure level. Giving everyone a generic “dose” may put some in a slightly higher category than they actually received, but it completely removes the individuals who through circumstance ended up getting a much higher individual exposure.

The WHO previous study that is the basis of the new study looked briefly at a very small set of actual human scans, declared them to be similar to their on paper estimates and then did not include them in any of their estimates.

The two WHO reports dilute down the individuals who are at risk so as to create an illusion of a wider level of very low risk when the reality is that this is more of a game of radiation Russian roulette. This approach to crisis management by the WHO and the government of Japan are short sighted. These attempts to play down risks will only end up causing even more distrust over time. Peter Melzer’s comment explains it best:

“The WHO study and the ensuing GoJ push back are shaping up as an excellent teachable moment in inept public health crisis management. You cannot manage a crisis like this with the hope of winning people’s minds with probabilistic predictions based on estimates. If a cluster of child thyroid cancers pops up somewhere in Fukushima Prefecture over the next five years, the experts will be sorry to pronounce that they did not know about a hot spot. They will believe it to be an isolated incidence until another one pops up. Playing down risks because of the uncertainties involved will not impress anyone.” 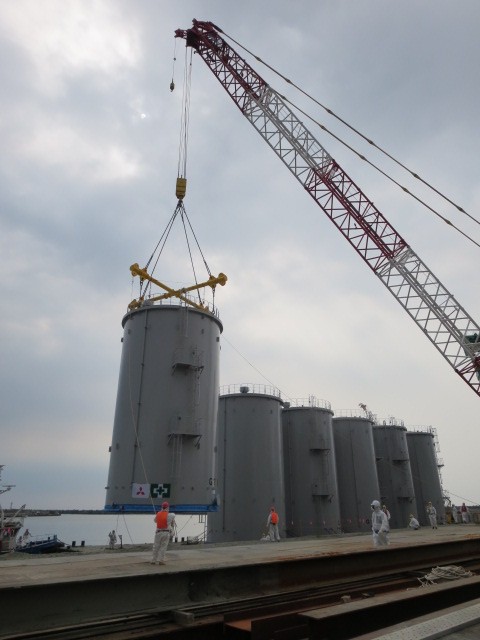