fukuleaks.org/web has written several articles concerning the spent fuel pool (SFP) water chemistry, the racks and the current condition of the fuel to withstand raising one spent fuel assembly out of the pool water in air without experiencing cladding reactions or fire. We have completed research on the capability of the fuel assemblies located in the spent fuel pool (SFPs) to withstand draining of the pool with no excessive overheating leading to a fuel assembly zirconium cladding interaction or burning.

We have had several questions about the behavior of fuel in a reactor and are going to start this report with a recap of fuel behavior within the reactor. 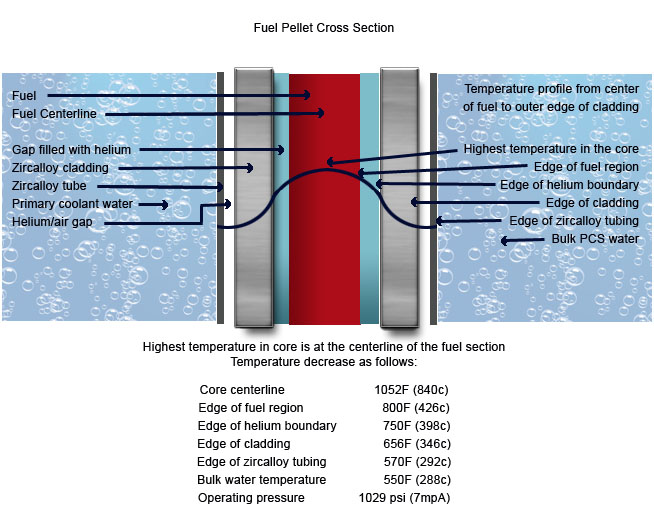 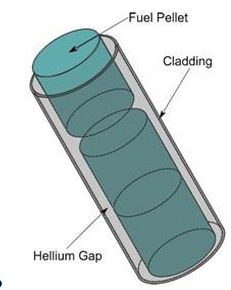 Diagram of a typical fuel pellet which consists of:

The primary coolant water which flows through the fuel assembly and the heat generated by the fuel is transferred to the fuel assembly coolant channel Fuel pellets in BWR reactors have the most emphasis for safety in nuclear plants. The safety basis for the facility is directed mainly at keeping the fuel assemblies covered with water as well as preventing a condition where the pellets overheat. The accidents at Fukushima were an example of the magnitude of damage that can be caused by the fuel pellets. Protecting the fuel pellets requires a very complex system and the system must interact with the safety behavior of the pellets.

In the following section we will present how the coolant works in the reactor and how that interacts with the heat flux characteristics of the fuel. BWR reactors operate in the nucleate boiling region, ie: they boil to produce steam and this operating condition forces the reactor to run closer to undesirable boiling. The water cycle in a BWR operates to provide quality steam within the reactor vessel to drive the turbines. The flow cycle is very delicately controlled to prevent the reactor flow from entering a condition where the cladding pellets are unable to transfer sufficient heat and overheat. 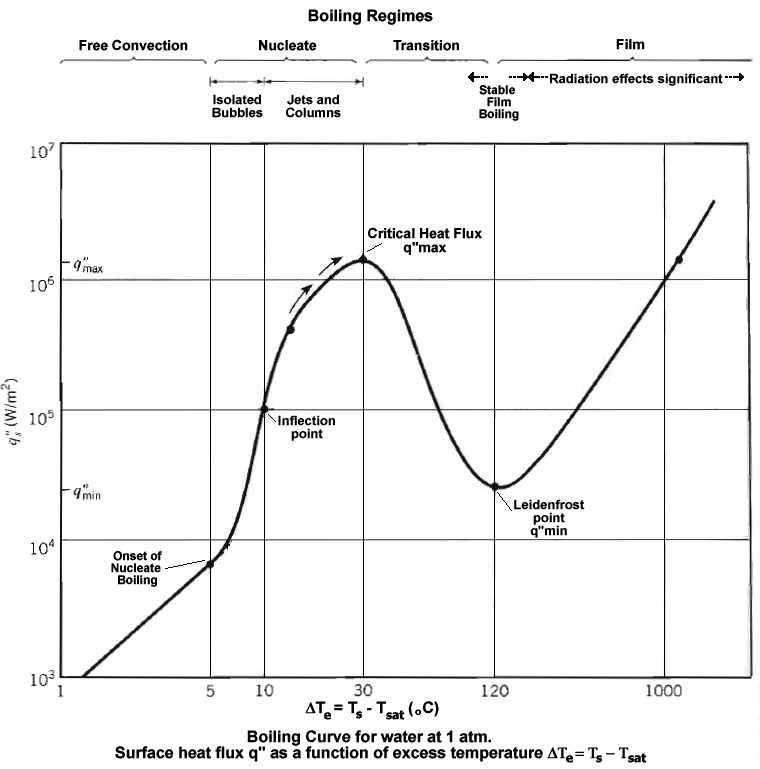 BWR reactors operate in the nucleate boiling part of the classic heat transfer curve. At this temperature small beads of bubbles act to efficiently carry away the heat then the bubble is replaced by another and so on.  As the temperature of the water increases the reactor begins to enter the part of the curve called the transition boiling.

“Can The Fuel Withstand This Without Melting?”

This section of the report focuses on the fukuleaks.org/web theory that the decay heat levels in unit 4 SFP have decayed to the point that the pool can withstand a complete draining without the fuel melting or catching fire.

After the reactor is shut down and decay heat cooling has been met, the top head is removed. Fuel assemblies are then transferred to the spent fuel pool

For our focus on unit 4 SFP, all of the fuel elements from the reactor were discharged and stored in a central storage pattern (close together). This ultimately has resulted in a negative situation where higher local heating and direct radiation has caused negative effects to the spent fuel pool liner and concrete wall and floor.

fukuleaks.org/web released a report on the gamma heating effects in the SFP which has resulted in likely damage to the spent fuel pool liner as well as the concrete wall.

The classic heat transfer curve discussed earlier for reactor fuel applies to the spent fuel stored in the pool racks as well. Safety assumptions are made for the maximum fuel temperatures as well as water quality in the SFP.

As a refresher, the coolant method for the fuel assemblies in the spent fuel racks is for the water to travel down around the racks and then under the rack assemblies, then up through the spent fuel cooling channels. This is a convective flow and is the same for water or air in the case of a drained pool.

The unit 4 SFP currently has a temporary cover on the water with a protective steel cover over that. The pool’s water level is being maintained with temporary systems. Multiple leaks due to materials used or freezing has required constant system repairs. The pool water chemistry remains largely unknown at this time. The only news from TEPCO is that hydrazine may be added from time to time. No debris has been removed. Various large fragments are visible on the fuel racks and  Little detailed information has been made available to the public.

Thermal analyses used for draining accidents assume a robust and running building HVAC system which will be ignored for this review since the reactor building’s superstructure was demolished during the explosion on unit 4.

The fukuleaks.org/web report on lifting a fuel elements out of storage in the unit 4 SFP was shown to not cause melting. That is an initial basis which was developed to use in this report from the standpoint of present decay heat levels.

What We Know About Unit 4 SFP At The Present Time

Based on US Department of Energy research these behaviors of spent fuel cooling are known:

Negative Affects From Dealing With A Drained SFP

The following figure shows the estimated radiation fields around the spent fuel pool. Everything would drastically change at the Fukushima disaster site while the water was drained from unit 4 SFP 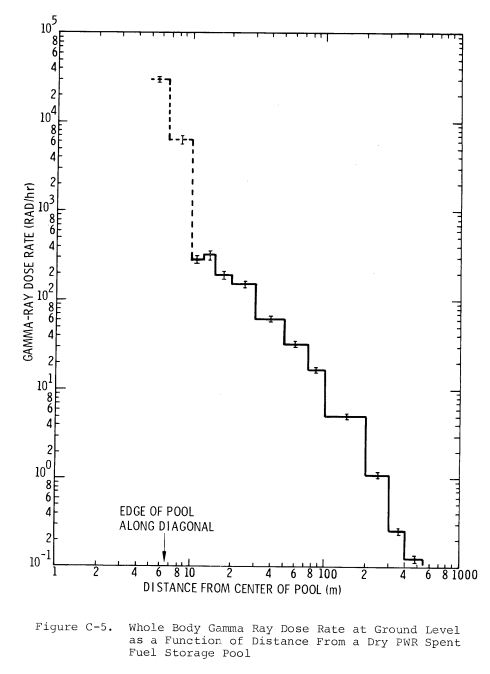 fukuleaks.org/web will continue to review this issue as time progresses and will present any further changing conditions at unit 4 SFP.