Officials have lifted the farming ban from Tamura, an area that has been part of the evacuation zone until recently. At least two farmers are planning on planting crops. The radiation levels in Tamura are lower than in Koriyama and Fukushima City but they are still significant. Most of Tamura is over the 1mSv/year threshold for exposure set by ICRP and being used as a benchmark in Japan. 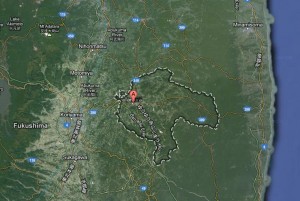 Using the range of readings taken today from the monitoring equipment in Tamura we calculated the radiation levels below. The high range and the average radiation ranges put the annual exposure over the ICRP limit. The lowest readings come in just below the ICRP limit. It is also known and admitted by MEXT that the radiation stations read below the actual radiation levels in many locations due to efforts to decontaminate around the monitors or by placing them on top of buildings. 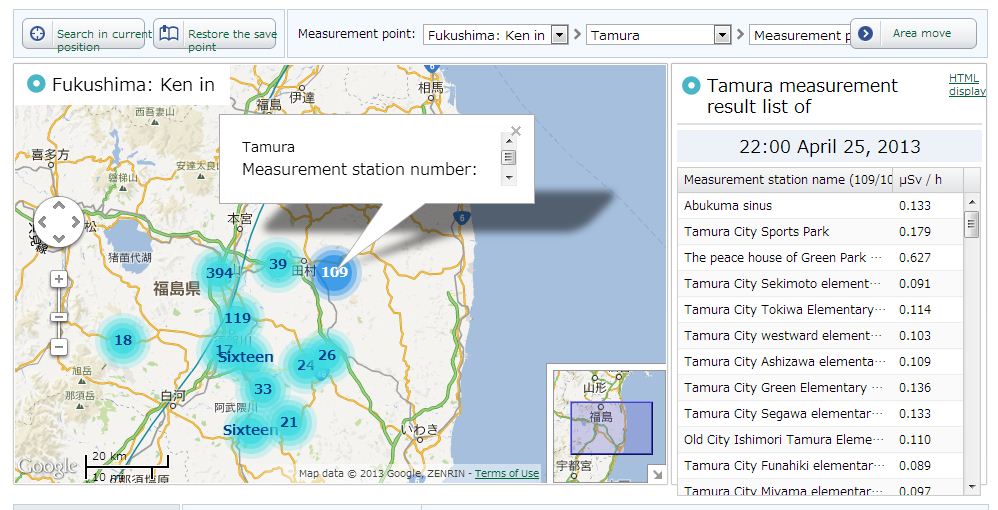 A representative snapshot of some of today’s readings for Tamura. Full data available here.

The government standard for reopening a zone is that the level has to be under 20mSv/year so anything under that level is being reopened and people pressured to return. This will likely be used to deny people compensation for their losses since they now can return, even if they shouldn’t. Any vegetables grown in the region would be subject to the same radiation testing as other food from the region is. Anything below 100 bq/kg is allowed on the market with no distinction between something reading 0 bq/kg and something reading 99 bq/kg.

All the rice pulled off the market since the start of the disaster has been piling up in warehouses. What to do with it all has caused a considerable headache. Authorities have been trying to find someone capable and willing to incinerate it. They did find one private incineration facility willing to burn the rice. It was not explained if this facility has any sort of filtration on their incinerator. Farmers involved suggested the contaminated rice should be fed to livestock used for food. Maybe they forgot what happened in 2011 when they fed cattle contaminated rice straw? The contaminated cattle made it to market and were later discovered causing great worry about the safety of the food supply. The article does not specifically mention the potential for putting this rice into pet foods but does suggest using it for “non-human consumption”. Another idea floated is using it for biofuels. If it could be processed without releasing contamination this may be a realistic option but the contamination problem may simply shift to another industry. The farmers involved pointed out that some of the rice is now below the 100 bq/kg contamination limit. This is probably due to it sitting in storage long enough for the cesium 134 to decay enough to lower the levels. If this is an acceptable tactic for dealing with contaminated products remains to be seen.

Monju Fast Breeder Reactor May Be Shut Down For Good