Yesterday we pointed out that it has been almost two months since TEPCO released any information on unit 3 while they had been completing the debris removal. Within hours TEPCO broke their silence with what has been a rather odd set of admissions and claims.

TEPCO released an early morning press release ahead of normal morning releases. They claimed that workers saw steam coming out of the junction of the tool pit and the reactor well as if this was something new. This location has a history of leaking steam under pressure. Steam from this specific location had been seen soon after the disaster, under pressure and again in 2012 when the location was inspected. It is also the same location documented as a probable reactor leak path on heat images back in 2011. TEPCO has passed off the idea that this is rain leaking into the containment structures and giving off steam as it comes in contact with warm surfaces. The history of this area indicates other probable causes. 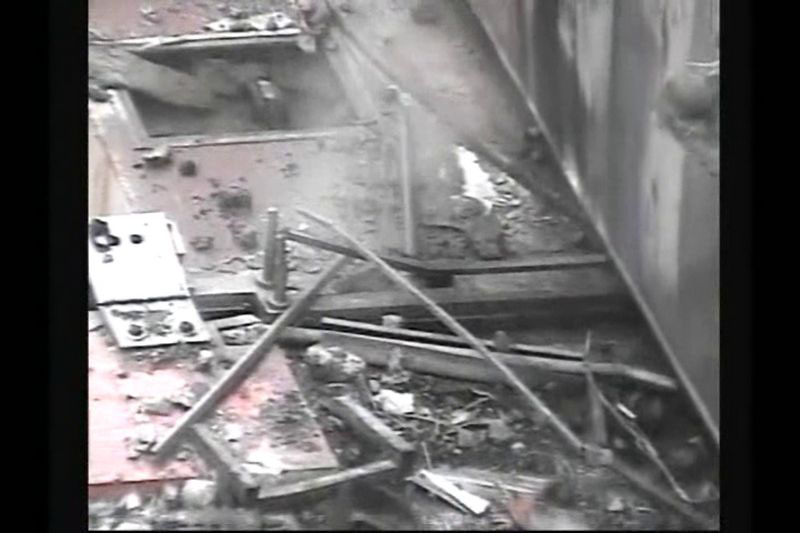 July 18 2013 photo from TEPCO showing steam from junction near the tool pit. 2012 photo of the same area of the tool pit junction taken from a different angle. Steam was seen in this video and photos also.

March 27 2011 photo of the same location showing steam under pressure.

March 2011 photo showing considerable steam from the reactor well on the tool pit side.

2011 heat image taken soon after the meltdowns. The junction of the tool pit can be seen as a heat source showing 128c

TEPCO took certain radiation readings at the plant and presented them to the press. They reported monitoring post readings, these are locations around the outer areas of the plant where they have radiation monitoring. They also took a series of dust samples and did measurements on those. Dust samples are a rather irrelevant technique as particles would need to pass through the filtering probe and be of a large enough size to be caught. What is notably absent is any sort of environmental type radiation reading as is normally given for an area at the plant. An actual mSv/hour type reading or a CPM radiation reading of the area is absent from all of TEPCO’s reporting. A small change or leak would not show up at the monitoring post and probably not on a dust sample. So is TEPCO so incompetent they don’t know how to take relevant radiation readings or are they again omitting key data to deceive both the press and the public?

TEPCO makes this curious admission in an urgent manner, declaring it early in the morning in a special press release.Then they dismiss the issue as being “rain” at a later press conference yet in the same conference state that they have boric acid at the ready and that they really are not sure what is going on. TEPCO’s statement on criticality is limited. They have been using hydrogen and xenon readings taken from off gasses and the remaining functional instruments to guess at these conditions. They currently lack solid ways to know for sure the status of what is going on in the reactors.

We did take a look at the reactor data for unit 3 over the last few weeks. Most looked fairly “normal” with a few exceptions. There has been a gradual increase in temperature over the last month. It is not clear if this is related to seasonal temperatures or if it is a trend in the reactor. There was also an abrupt radiation spike around June 18th. A cause for that is not known. 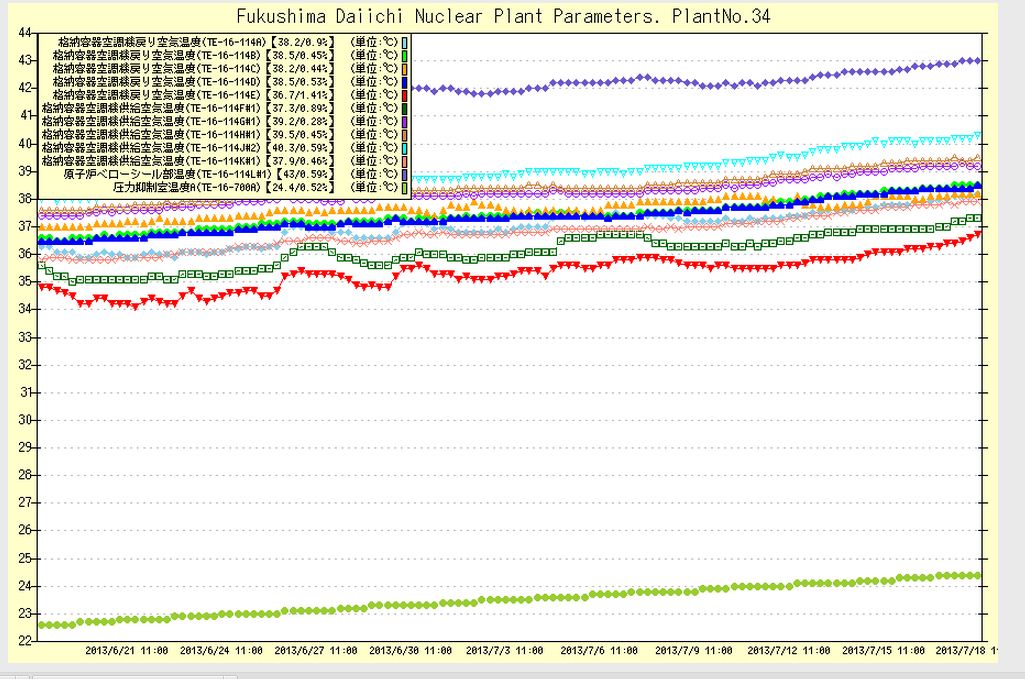 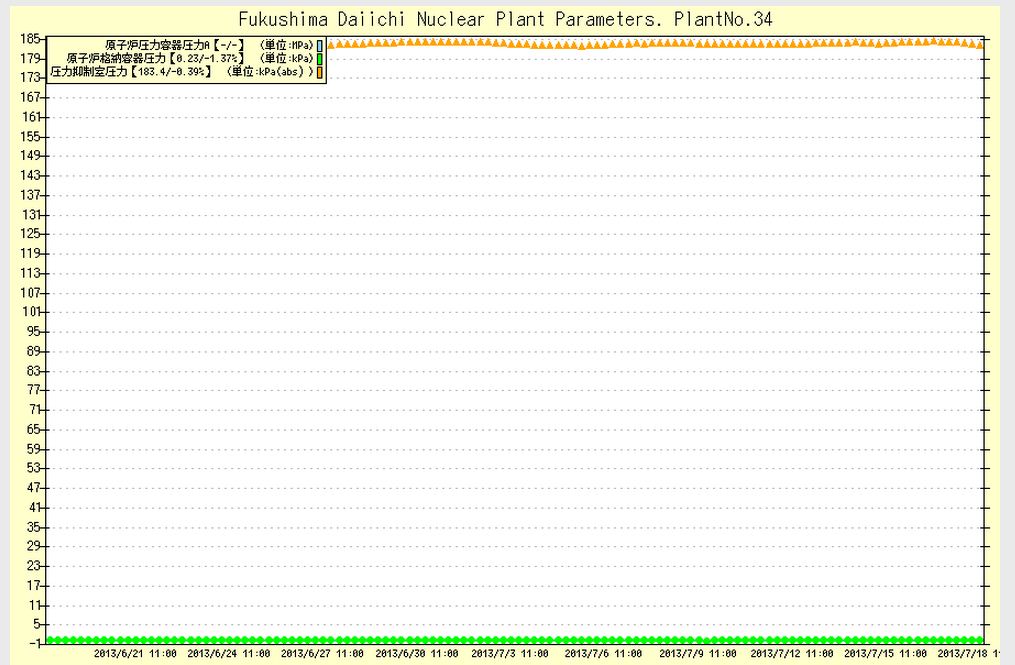 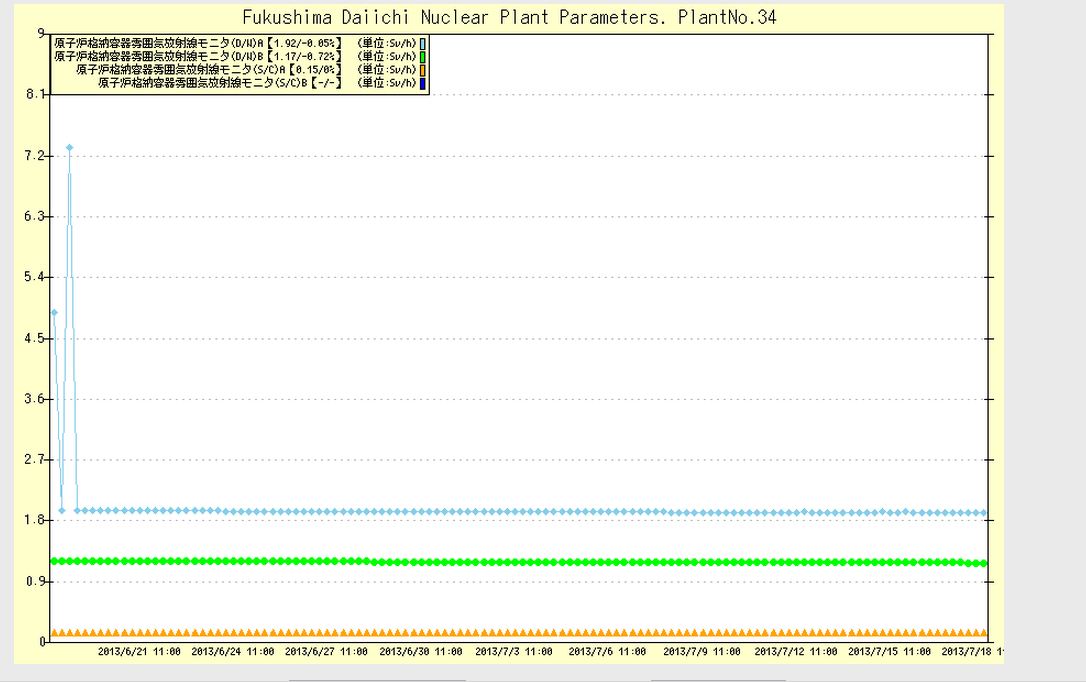 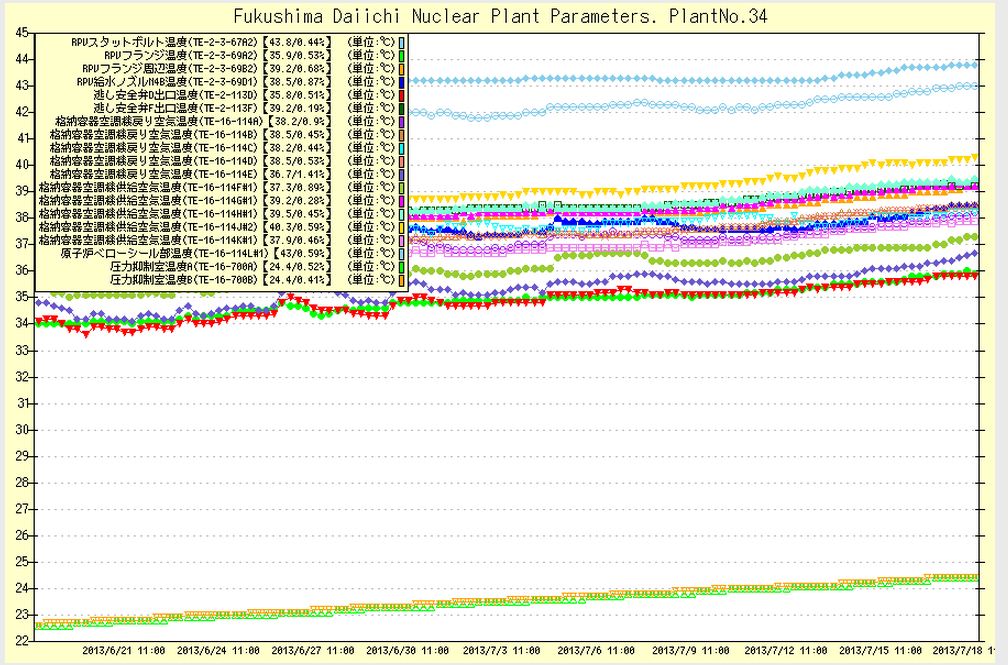 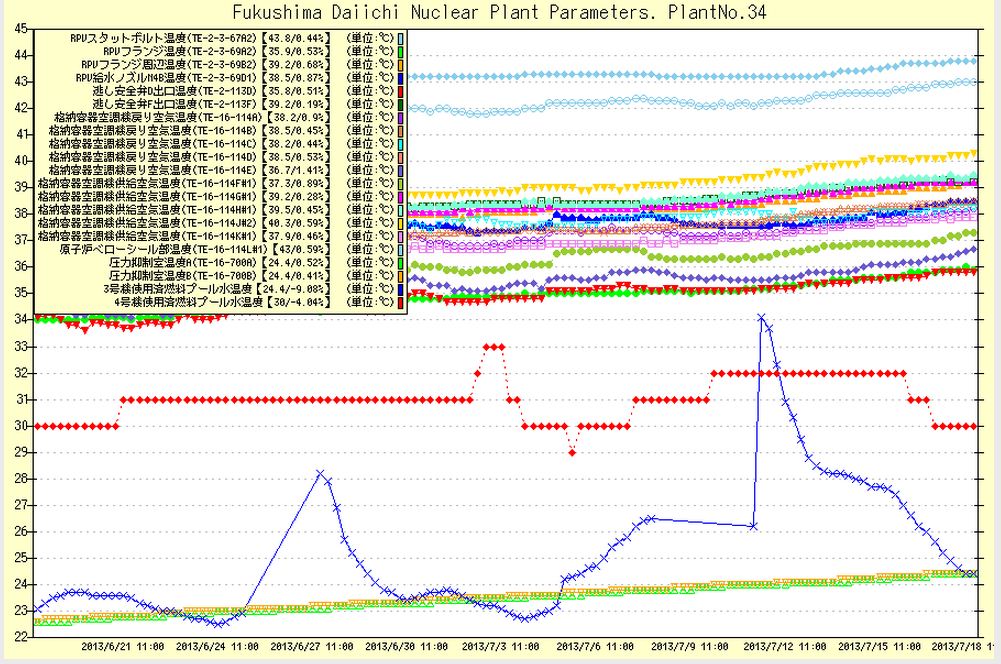 Unit 3 all temps (including U3 and U4 spent fuel pools)

fukuleaks.org/web member Peter Melzer explains here why this new admission from TEPCO means they are not in “cold shutdown” even under their definition of the term http://brainmindinstrev.blogspot.com/2013/07/no-cold-shutdown-at-fukushima.html

We will have more updates on this issue throughout the day.