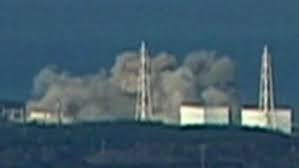 Japan’s nuclear regulator took a shot at the nuclear industry response to safety after Fukushima.
“He said nuclear operators have utterly failed to communicate whether they are seriously reflecting on the accident and making efforts to improve safety. He urged the institute to better instruct the utilities.”
This was in a statement to the Japan Nuclear Safety Institute regarding the nuclear utilities efforts to improve safety in the hopes for restart approval for their reactors.

The governor of Niigata Prefecture had serious criticism for the NRA. In an interview with Asahi Shimbun he explained how the current safety screenings were full of holes and did not adequately deal with disaster scenarios. He also explained that much of the actual effort to protect the public is being put on the local governments. The need to come up with working evacuation plans has proven difficult as aspects such as natural disasters, blocked roads and unexpected events at nuclear plants could throw any plan into chaos. The governor has even considered asking residents to build nuclear shelters into their homes.

In another area of needed improvement it was found that 50% of the municipalities that are within potential evacuation zones of nuclear plants in Japan have no working evacuation plan. Also mentioned was in two prefectures there were more than 1 million people in their evacuation zones making it difficult to secure enough facilities to complete the evacuation plan.

The evacuation planning effort around the Hamaoka nuclear plant in Japan showed it could take almost two days to evacuate the 30km zone around the plant. One scenario had people stuck in their cars in traffic for 30 hours. It didn’t say if they additionally accounted for what would happen in this situation as cars began to run out of gas. The first hydrogen explosion at Fukushima Daiichi was within the first 24 hours of the disaster, the meltdown is now thought to have been fully underway a few hours after the station lost power.

What to do with the growing piles of contaminated plant material, soil and sewage sludge continues to go undecided. Temporary storage sites are causing residents nearby to demand the removal. Local governments have been unable to find permanent storage sites for all the waste as no town wants it. Every town that has been proposed as a candidate site has opposed it citing the risk to the local population, business and agriculture.

Mainichi has uncovered another significant problem at many of Japan’s nuclear plants. The response to the Fukushima nuclear disaster has required a massive expanse of tanks, waste storage and area needed for response systems. Many of Japan’s nuclear plants are sited on tiny peninsulas or among mountains along the sea.
“The grounds of the Fukushima plant, where two additional reactors were originally due to be built, span 3.5 million square meters. Before the disaster, over 90 percent of this property was unused. Roughly 2.55 million square meters is now devoted to the disaster response, outsizing the grounds of 13 of the 16 regular nuclear power plants in Japan.”
Mainichi asked a variety of nuclear plant owners in Japan about the availability of land for disaster response, some refused to comment, others made unrelated excuses. None actually answered the question. Our research for the Oi nuclear plant showed virtually no usable space.

The Oi nuclear plant is now unlikely to be able to restart any time soon. The NRA has required them to revise their earthquake assumption. This new assumption will require new reinforcement construction at the plant. It was not mentioned how much work would be required to bring the plant up to a standard that might pass the new screenings. Oi would be required to complete these upgrades before the process to possibly be reviewed for a restart would proceed. This would likely put Oi in line behind other plants closer to being ready. This will also be the first summer without the plant in operation for the Osaka region. A successful summer without the reactors online would be a large hit to KEPCO’s claim the plants are needed to meet summer demand.