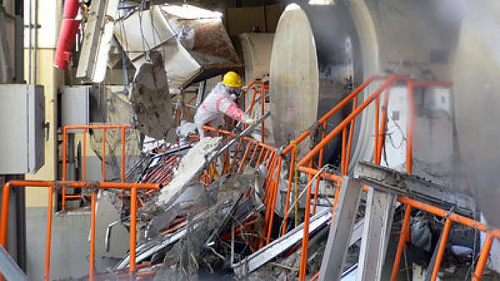 Asahi Shimbun ran an article recently explaining that some of the nuclear power companies in Japan were resisting a move to make them store more of their spent fuel in casks.

Cask storage is a much safer solution than leaving fuel in spent fuel pools, as clearly documented in the Fukushima nuclear disaster. While the spent fuel pools at Daiichi became a long term risk to public safety and the ability to deal with the disaster, the casked fuel on site was a non issue.

At Daiichi a cask storage facility resides at the sea front. This building took the full assault of the tsunami without any major damage or serious problem. The cask storage facility was one of the very few things that worked right during the disaster. TEPCO’s later reviews had concerns for possible sea water corrosion to the cask seals but no immediate dangers were presented by the casks and they required no immediate intervention. They have since been moved to the cask storage on the hill. 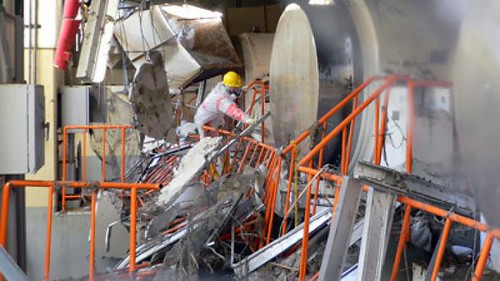 So with evidence from the Fukushima disaster that cask storage works so much better, why would the utilities refuse to adopt it? Money plays a role.

Kyushu Power has not made a decision yet if they would begin cask storage or not. This is even more interesting considering their earlier statements in defense of the volcano risk posed to their Sendai nuclear plant. Kyushu Power insists if there is a new volcano risk they will somehow pack up all their spent fuel into casks and take it…somewhere. The rather obvious problem of the short time frame (and sometimes no time frame) for volcano warnings vs. the sometimes years it could take to manufacture casks and remove fuel just do not match up.

It would be impossible for Kyushu Power to transfer all this fuel given the unpredictable nature of volcanoes. Now the idea of being even partially prepared, or keeping the plant in a safer state is not seen as an obvious good idea.

At another set of nuclear plants in Fukui prefecture a slightly different problem has shown up. The nuclear power companies have agreements with the regional government to not store their spent fuel in the area long term. Keeping it in the spent fuel pools is much more high risk but fits a loophole for their agreement.

Of course the only solution floated so far are “financial benefits” for the power companies either through government handouts or giving them some other financial gain by moving fuel to cask storage. This entire situation again highlights the breadth of the problem in Japan caused by delaying for decades, any real plan for final nuclear waste disposal. If one could even truly exist.