Update: More information on the bottles (or jars) from NHK. It is still not totally clear what they are. If anyone finds a picture please let us know.
http://www3.nhk.or.jp/daily/english/13_41.html

Later on Thursday, the experts found what seemed to be the source of the radiation — 3 or 4 old jars in a wooden box left in a storage space under the floor of a vacant house facing the sidewalk.
The jars were reportedly dirty and black, and measured about 8 centimeters long and about 6 centimeters wide.
The radiation level of the bottles reportedly exceeded 30 microsieverts per hour — higher than the maximum that could be measured with the experts’ devices.
After obtaining permission from the house’s owner, the experts measured radiation levels on the premises.

Experts also mentioned that nuclear fallout in rain would cause a higher level on the ground, not 1 meter off the ground on the fence. Radium-226 has a long half life of 1061 years and is a strong alpha emitter. A sheet of paper, a layer of clothing, or an inch of air can stop relatively slow moving, heavy alpha particles. Thus, it is easy to shield against alpha radiation, unless the alpha-emitting substance enters the body. So the risk to passers by was likely low unless the material became airborne somehow and was ingested or inhaled.

Radium was used as a “curative” for many years. Radium springs, radium drinking water, medical treatments grooming products and foods were just some of the products. Radium was also used to illuminate clock dials and instruments in the dark. Radium largely fell out of favor after the radium girls incident where a group of dial painters all became ill and some died due to ingesting radium by wetting their paintbrushes by lip. Radium cures were still found by the 1950’s and some as late as the 1980’s. They also held popularity in Japan.

The Oak Ridge Associated Universities has a photo gallery of radium bottles and products and also an article documenting the history of radium cures. 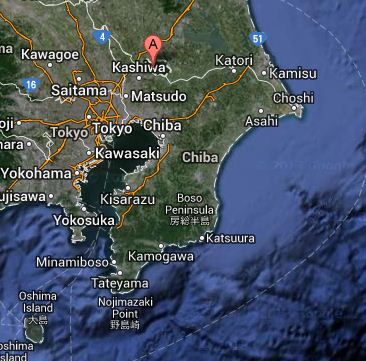 Beach In Scotland Contaminated With Radiation