This Counterpoint piece in the Japan Times points out the trust the public put into large corporations and their efforts with government is lost. This trust has had disastrous consequences in the past and now today one of those many consequences is the Fukushima disaster. The trust in corporate-government efforts is lost. The question remains is if change is possible and what is next.

BusinessWeek calls this the end of the Japanese post-war era and TEPCO’s nuclear efforts a “deal with the devil”. The public frustration and need for change has had parallels drawn between the challenges in Japan and other public outcries for change from the Arab Spring to Occupy Wall Street.

A day long citizens nuclear forum went on recently in Tokyo. Central to the forum was “who does the scientific debate belong to”. One of the motivations for this forum was the closed meeting of experts held in September in Fukushima that was widely criticized as a propaganda stunt intended to dismiss concerns about radiation danger and not allow for actual open debate on the issue. This comment came from the Tokyo forum “At a round table discussion later in the day, as well as discussing specific issues many participants made the point that science belongs to the people, not just experts — the very point that underpinned the entire event. As Wataru Iwata, director of the Fukushima-based citizens’ group CRMS, one of the forum’s organizers (which also conducts independent testing of food from in and around Fukushima Prefecture) put it: “Science is a methodology and not an end itself.“ 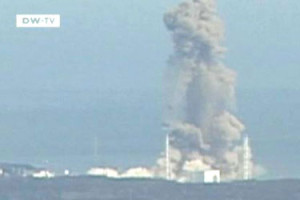