We have been following the recent political games surrounding the restart of the Oi reactors. The government disconnect with reality or the people continues on. This week the ministry in charge of food safety instructed grocery stores and other companies testing food for radiation to end their food testing standards and use the much higher government standards.

Various grocery stores, food coops and food producers began their own testing due to lack of comprehensive testing by the government over the last year or more. The government safety standards of 500 bq/kg and the new lower 100 bq/kg are unacceptable to many consumers. Food retailers and producers did what consumers wanted, food that is assured to be safe beyond the government’s high “safety” threshold. The government early on had declared foods to be safe only to later admit they were not. They also promoted food purchases of products from the area contaminated by the nuclear disaster. The ministry has squandered any trust they had built with the public. Now they are going after businesses doing what the government refuses to do, document safe food.

Daily Yomiuri tried to provide some cover for the government and industry by claiming the new lower maximum of 100 bq/kg was “causing harm”. They claimed it was hurting business because people are now paying attention to contamination in food and some foods are being banned from sale. The tragedy, of consumers wanting to know what they are eating.

The government meeting of cabinet ministers to discuss the nuclear restarts did not have any minutes or recording of the meeting. The excuse was so they could speak frankly.  Meanwhile Fukui’s nuclear safety committee says they support restarting the reactors at Oi citing a tour of the facility that they could operate “on the safe side”. No technical details for the approval were cited by the media.

High ranking ministers from METI and other agencies will be visiting the governors of Kyoto and Shiga in an attempt to pressure them into allowing the Oi reactors to restart. Since both governors have cited specific technical issues that have not been addressed and the lack of a new nuclear oversight agency, their stance is quite clear. METI is still working on the governor of Fukui to get him to officially sign off on the restarts.

Phillip Brasor at Japan Times explains the complexity of dealing with the restart issue. News shows that usually deal with in depth looks at more “fluff” topics have been trying to explain the technicalities of the reactor restart issue. One problem cited is trying to inform the general public about an issue deep in technical data. One needs to understand at least the basic concepts of energy demand and prediction along with the technical details of reactor safety. While all of this seems clear to anyone closely following the disaster, try explaining the need for quake proof buildings or the summer energy needs of Osaka to your grandmother. This issue is critical to Japan’s safety and future and has world wide implications. It highlights the need to make sure the public is aware of risks around them and the real facts involved. Clear information fosters public discussion and prevents inaccurate propaganda from coming into play.

Japanese nuclear consultant Satoshi Sato was quoted saying:
“We spent ten times more money for PR campaigns than we did for real safety measures. It’s a terrible thing.”
Japan isn’t the only country with this problem. 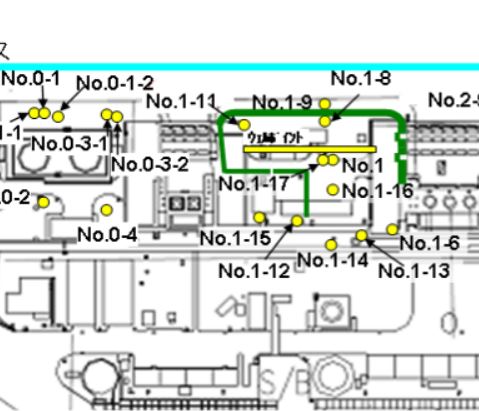