The subcontractor who had employees working under TEPCO at Daiichi ordered workers to cover their dosimeter with a lead plate so they could fake their absorbed doses of radiation allowing them to work at the plant longer by faking their dose.

“Some refused the orders. Others raised questions about their safety and the legality of the practice. But the man in charge, a senior official of a subcontractor of Tokyo Electric Power Co., warned them that they would lose their jobs–and any chance of employment at other nuclear plants–if they failed to comply.” Asahi Shimbun

A senior official for Build Up Construction, the contractor in question instructed workers to make these lead plates. The plates were cut with heavy duty scissors out of lead sheet and bent to cover the front, bottom and sides of the dosimeter. On December 1st workers were ordered to wear the shields by cutting a slit in their protective suit, sliding the cover over the dosimeter, then taping the slit shut. The workers task to be carried out was to cover hoses carrying radioactive water to and from the reactors with pipe insulation.

“A number of the workers explained the process in detail. And one of them provided The Asahi Shimbun with a recording of a meeting the Build-Up foreman had with defiant workers on the night of Dec. 2 at an inn in Iwaki, Fukushima Prefecture, where the workers stayed. The conversation shows the foreman growing increasingly agitated by the workers’ refusal to rig their dosimeters.”
Asahi Shimbun

The foreman who attempted to bully the workers into complying with this plan also supervises workers at other nuclear plants around Japan. The foreman claims he came up with the plan after he discovered how extremely high the radiation doses between reactors 1-4 was. His own dosimeter warned of very high doses during an earlier work trip to that area.

In the argument between the workers and the foreman he told those questioning his plan that they may not be cut out for work at a nuclear plant. Three workers quit and refused to participate in the plan and instead returned home. Nine workers complied. It is not clear why it took about six months for this to be made public considering the workers had recorded evidence of the incident. Tokyo Energy & Systems, another contractor at the plant, reported the issue Thursday to TEPCO. TEPCO is awaiting a report from that contractor before making any changes.

One worker for Build Up received 10 mSv of radiation in December alone putting him in the top group of exposure cases for that time period. This worker was known to have covered his dosimeter with a lead plate proving his dose was substantially higher.

“No other company wants to work in areas with high radiation levels,” the driver told the workers during the ride. “That’s why that kind of work ends up in the hands of Build-Up. But you can make good money that way.”  Asahi Shimbun

The Health, Labor and Welfare Ministry has launched an investigation. There is currently no word if they will look into the suspicious deaths at the plant to see if such exposure manipulation was at play in those cases.

The incident has received limited coverage from the US media, Germany has given it more coverage with one source calling the conditions “Hell Rays” in the translation.

Many thanks to the SimplyInfo research team, their hard work made this article possible. 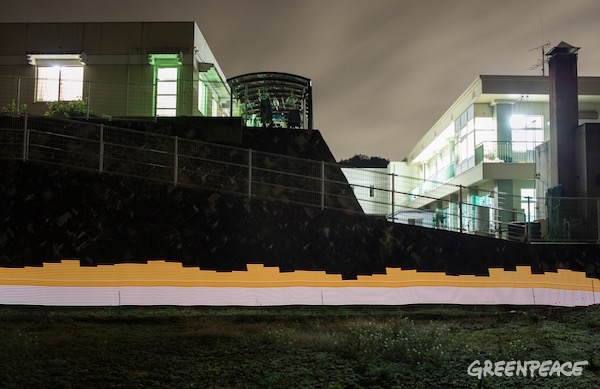 Deer In Tochigi Contaminated With Radiation

Beach In Scotland Contaminated With Radiation