Little attention has been played to Miyagi prefecture in relation to the nuclear disaster in Japan. It is well publicized that the area took a major hit from the Tsunami and much rebuilding will be needed. What has been less clear is the actual level of contamination from the nuclear accident. Reports from the prefecture government largely show low or no levels of contamination.

SPEEDI records released this year show considerable radioactive plume and deposition over Miyagi prefecture around March 20th.
http://radioactivity.mext.go.jp/ja/contents/5000/4813/24/1305748_0316_08.pdf
Yet the official air readings in Miyagi prefecture show incredibly low levels of contamination.
It has been mentioned that Miyagi prefecture’s monitoring equipment is 80m off the ground, we have not been able to confirm this claim but it could explain the difference between the air counts and what is actually being found in the prefecture. UPDATE: We have been able to confirm this is accurate that monitoring posts in Miyagi are at varying heights off the ground including one a whopping 80 meters. It sits on a govt. building roof. We will have more on this in a follow up article.

Information being found from various sources hint at the true extent of the exposure in the prefecture, taken together they show the prefecture’s position that Miyagi is not significantly contaminated to be not true.

Children from Miyagi prefecture were scanned for thyroid nodules and found to have an 18.75% rate of nodules. This is compared to the over 30% rate for children in Fukushima. A 2001 survey in Nagasaki showed 1% or less for nodules in children and provides a good control group for comparison.

A local expert was asked by some towns in Miyagi to take radiation measurements, the prefecture government barred her from taking readings claiming they were not necessary.  Most areas of Miyagi are under a voluntary ban on pasture grazing of cattle. Measurements taken in the north end of the prefecture show up to 642 bq/kg of cesium in the soil. This area has been added to the voluntary ban. Soil around Miyagi was checked in the summer of 2011 and found to have significant levels of not just cesium but also radioactive silver and tellerium. One spot tested was in the hundreds of thousands of bq/kg.

Mukitake mushrooms from Miyagi’s northernmost region of Kurihara City had 1400 bq/kg of cesium.  Brown rice, glutinous rice, soybeans and mushrooms have all been found to be contaminated around Miyagi from late 2011 into spring of 2012. The brown rice was over the govt. new 100 bq/kg limit for food. Oysters from Sendai caught in late 2011 had radioactive silver contamination.

Household dust collected from vacuum cleaners in Miyagi prefecture had between 3180-7170 bq/kg of cesium.

Urine testing for children and young adults in Miyagi is also showing contamination in recent testing. ACRO cites the consumption of local vegetables as the likely culprit as those with high levels of cesium in their urine admitted eating local produce from farms in the area. ACRO has noticed of those people showing with cesium in their urine, if they follow diet changes suggested for finding safer food the cesium levels tend to go down or go to zero over time. In February 2012 a group of people from Kitahura City, the northernmost area of Miyagi prefecture, showed with cesium in their urine. Kitahura City is also the location of the 1400 bq/kg mushrooms. This location so far from the evacuation zone is concerning for what it may mean for the prefecture over all. Previous urine testing done by ACRO showed consistently positive results of contamination for people living in the southern areas of Miyagi prefecture.

There appears to be a considerable disconnect between official numbers and actual numbers. Again people’s welfare is being trumped by political expediency. 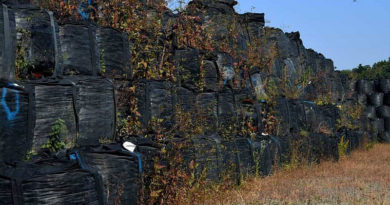