The EU has announced the results of their nuclear commission’s stress tests and they are not good. The tests found serious deficiencies at those facilities inspected including many post Chernobyl fixes that still have not been implemented. Even worse is the reality that the EU commission has no ability to compel member nations or nuclear plant owners to comply with the inspections. Many reactors in the UK and France simply refused entry of the inspectors.

Those that did permit inspection were found to have serious deficiencies including no seismic warning systems. Many lack basic safety equipment that played a role in preventing the Fukushima disaster from becoming worse such as control bunkers. Some plants have less than 1 hour of emergency power.

Environmentalists criticized the stress tests as being watered down before they were started. With tests completed the watered down nature, massive number of deficiencies and inability for the commission to compel cooperation shows a very bad situation in Europe. As usual money was cited as the reason for not completing the needed safety measures.

The EU stress tests report will be released Wednesday, an alternative report cited October 17th as the report release date. 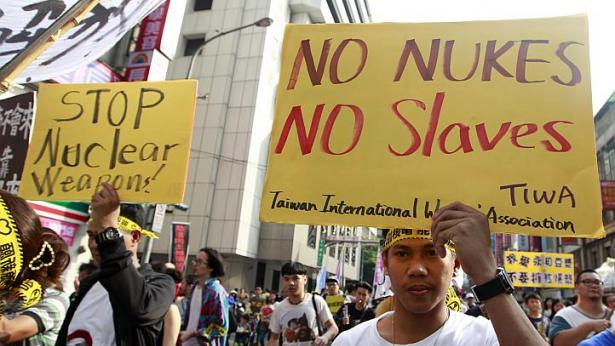 45,000 Rally For End To Nuclear Power In Taiwan

TEPCO Lied To Diet Investigation, Excuses Do Not Add Up