Eight members of the Fukushima 50 who battled the disaster at the plant after the March 11, 2011 earthquake met with Prime Minister Noda at J Village during his recent visit.

For possibly the first time some of them have disclosed their names in the media. The report includes two names, Masatoshi Fukura and Atsufumi Yoshizawa. Yoshizawa said that he wanted to apologize first to the people of Japan that they would not be able to prevent the nuclear accident. Fukura told that 20 people took 48 hour shifts in the control rooms of the melting down reactors during the worst of the disaster, surviving on biscuits and water.

As unit 1 exploded workers had the internal ceiling cladding fall in on them showering them in white dust. They continued their work in protective suits and respirators. They go on to mention after the tsunami knocked out the power supply they attempted to restore what power they could.

“It was night and pitch dark, they could easily have lead to electrical shock. The workers were afraid and asked him if he could guarantee that they would come back again without prejudice, if they went now.”

Workers desperate to regain some of the important gauges for the reactor began scavenging car batteries out of their car and were able to find 20 batteries. This added weight to the upper level control room that continued to be rocked by aftershocks. Fukura said, “My colleagues and I did our best”.

One worker who was in the quake proof building at the time of unit 3’s explosion said the thought of the loud bang and the force of the explosion still made him tremble.

We hear very little out of the Fukushima 50. Sadly, many do not wish to disclose their identity as they still fear retaliation and discrimination by others towards them and their families. TEPCO also does not want them speaking to the media as they know what really went on at the plant. As this Atlantic article from 2011 shows those who were there know much and some that has not yet come out in public.

Many thanks to Spreadnews.de for their great reporting and translation of the original information from Japanese into German. 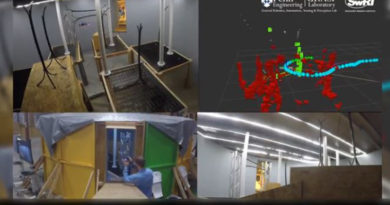 Researchers Claim To Have Drone Capable Of Fukushima Containment Flight