A paper released today at Nature.com documents the disaster’s impact on the dogs in Fukushima.

Many dogs were left behind by owners who were told to evacuate but to leave pets at home for various reasons by authorities. Many owners were initially told the evacuation would be brief and that they would be able to return home in a few days, adding to the willingness by some owners to comply with the government orders.

The dogs left behind in the evacuation zone have shown a variety of medical problems as documented by the groups actively rescuing and feeding the domestic animals abandoned in the zone.

The study by Azabu University compared a variety of aspect on a group of rescued Fukushima dogs from the evacuation zone with a group of shelter dogs from Kanagawa. The dogs were properly cared for, socialized and eventually homed out to new families. The study sorted for other factors such as age and breed of the dog. What the study found was that the dogs from Fukushima displayed higher cortisol hormone and certain behavior patterns similar to humans suffering from PTSD. This disorder is known to happen in dogs as well as humans.

What the study showed was that the dogs from Fukushima did have lasting effects from their traumatizing months in the evacuation zone. While many dogs have had these lasting problems it does not make them unsuitable for re-homing. Many of the dogs from the zone adjust well and have found new homes or are living in foster homes when the original owners can no longer take them in after rescue. 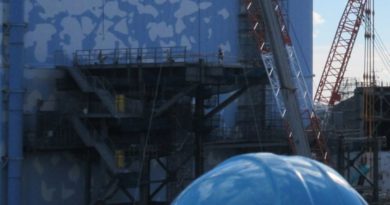