We reported last night that the Salem nuclear plant didn’t just suffer water intakes clogged with debris from Hurricane Sandy but a wave also took out 5 of the 6 critical water pumps. These pumps pull water from the river to cool the reactor. Five pumps were damaged, the operator was in the process of repairing those pumps. The NRC has not reported this incident to the public and there has been no update from the initial report that Salem had an emergency shut down. The NRC only mentioned the clogged intakes.

As of November 1st there has been no unusual event declared and the NRC has not informed the public of the broken water pumps that feed water to cool the reactor. Salem is still operating on emergency cooling systems. The Platts report is the only mention of what is going on at the plant. The plant operator has not given the public this information, only industry insiders like Platts have had this knowledge.

This is not the first time Salem has had a problem with losing reactor cooling due to the river water intakes being blocked or damaged. The NRC has known about this problem since 1989 yet it is still a regular problem at Salem. In April of 2011 the plant had another emergency shutdown when grass clogged the water intake system. In June of 2012 Salem was cited by the NRC for not properly maintaining the intake strainer system. Salem also had the same problem during hurricane Irene last year where the intakes clogged with debris.  The plant was put under increased oversight in 2004. This found a long list of failing equipment and employees afraid to speak up out of fear the employer would retaliate.

PSEG ran Salem unit 1 at 100% power as Sandy hit knowing full well that it was a sure thing that the intakes would be clogged requiring the reactor to go into emergency shutdown. instead of reducing power as some of the other nearby reactors did, PSEG chose the far riskier option of running at full power and play a game of chicken with a hurricane. An emergency shutdown is problematic as it causes a number of difficult and unstable conditions for the reactor operators. These conditions have to be handled simultaneous by the reactor operators creating conditions where something can easily go wrong. Public safety compromised as the power company chose profits over safety and the NRC has not even informed the public of the pump damage.

The issue with clogged intakes is well known. All Things Nuclear has a good write up on how this happens.  Simple things like grass, clams or jellyfish can take out a nuclear plant.

An explanation of how Salem’s water system works:

Four basic steps are involved in the production of electricity at Salem (refer to Schematic of Simplified Steam Electric Cycle) Fission in the nuclear reactors heats high purity water in each unit’s primary loop system. Heat is then transferred in a heat exchanger (steam generator) to a secondary loop system creating steam. The steam is used to drive turbines so that some of the energy in the steam is converted to mechanical energy. The turbines are connected to generators that convert the mechanical energy of the rotating turbines into electrical energy. River water is used to cool the steam exhausted from the turbines and condense the steam in the secondary loop system back into high purity water. This process is known as non-contact cooling because the river water does not mix with the Station’s steam. The condensed high purity water is returned from the condensers to the steam generators to be converted again into steam to continue to drive the turbines
The river water that passes through the condensers for non-contact cooling of the secondary steam loop is discharged back to the river. In addition to the discharge of non-contact cooling water from the circulating water system, the Station discharges other wastewater as discussed in Section VII. All sanitary wastewater generated at the Station is routed to the adjacent Hope Creek Generating Station. source: http://pbadupws.nrc.gov/docs/ML1022/ML102280120.pdf 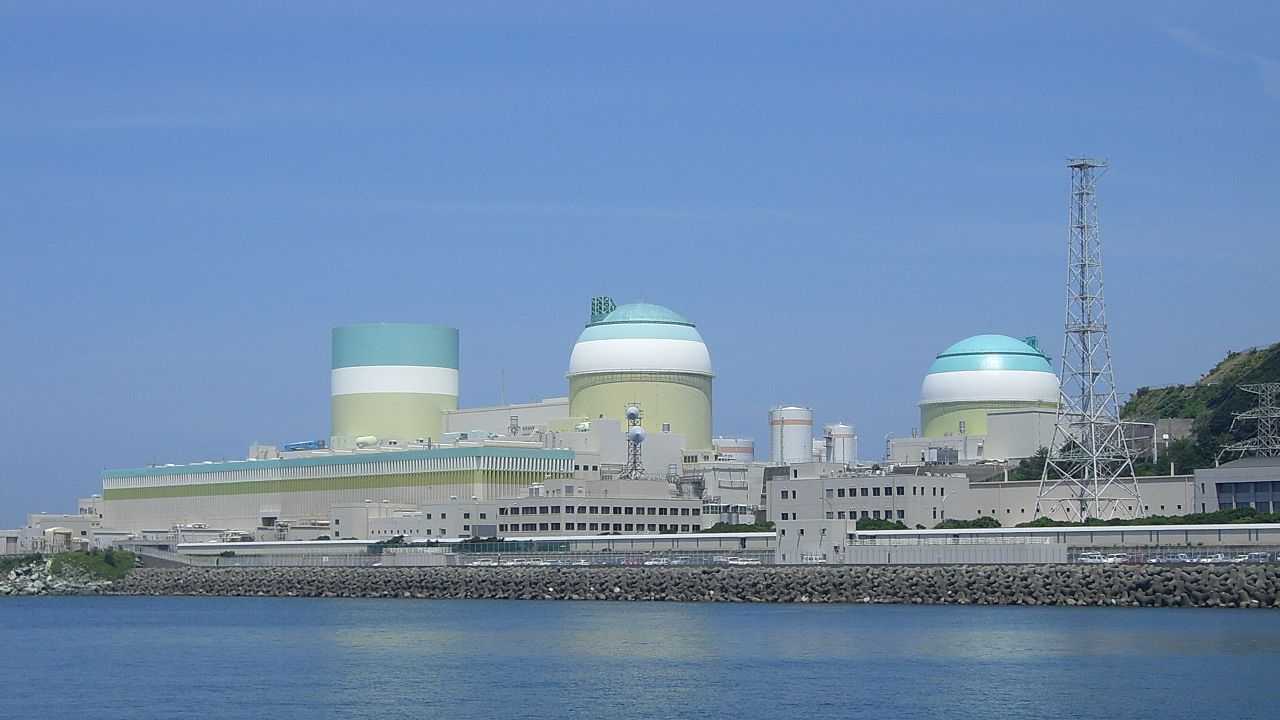