The NRC has issued yet another report on Ft. Calhoun’s ongoing safety failures. The December 31st report outlines a number of critical violations at the plant.

The violations include failures to keep important design basis documents. These are used to prove and also understand the systems of the plant. These documents confirm that the plant matches the approved conditions of the license and are also used as reference documents for any work or emergency situations at the plant. These have been wrong since the plant’s construction & approval. This was discovered in the 1980’s and a full reconstitution of the design documents was started in 1987. As of December 2012 this work has still not been completed even though there are repeated references to the deficiency and need to complete this work off and on for decades. In addition to this the NRC cited Ft. Calhoun for having non conforming containment structures. This is in reference to the issues discussed during a recent phone meeting where concrete structures inside containment were found to not match the design documents and to not be structurally safe. NRC also cited them for failing to prove structures were safe and not using conservative enough assumptions. While this sounds fairly dry and boring it is of considerable importance. Ft. Calhoun doesn’t have a clue if the containment structures at the plant are really safe or not. They also have no way of knowing if many other critical systems are safe or not since they have no accurate design documents to use. The ones they have been using are missing calculations, have incorrect calculations or in places don’t match actual structures in the plant where they have looked into that issue.

Among the other new violations, they failed to keep a usable weighted tape measure. While a tape measure sounds trivial it is what they use to determine the flood and river levels to determine what to report to the NRC and when critical reactor systems may be at flood risk. Their tape measure wasn’t long enough to record expected flood levels at the plant.

There was also a very preventable radiation exposure incident. Workers were overly exposed while using a filtration system at the plant. Poor communication of the work plan caused the workers to do work outside of the exposure levels they were approved for. Apparently the “culture” of management at Ft. Calhoun is still quite lacking.

There was also a major flood protection planning issue. This hits on not just safety but again planning and management failures. This one they even had a head start and still couldn’t get it right. They were already under heightened scrutiny and were in recovery mode from a flood. Yet 15 critical parts of their flood protection plan slipped the minds of workers. It slipped the minds of supervisors. It slipped the minds of the plant engineer and management. It also apparently slipped the minds of Exelon who has been contracted to help Ft. Calhoun get their act together. We do not know what 14 of the failures are. We do know that one is the sluice gates. This is the screen system that prevents debris from being pulled into the water intake system. It is the first line of defense in a flood and a very likely place to experience a problem even in a minor flood. Having the water intakes be blocked or damaged would cause the plant to potentially lose cooling access and access to the “ultimate heat sink”. Nobody at Ft. Calhoun remembered to add these critical flood protection checks to the formal process being done at plants across the US as mandated by the NRC.

The problems at Ft. Calhoun have been obviously going on for decades but the NRC just keeps finding more as they put a close eye on what is going on at the plant. The design documents sound routine but are quite a big deal. Ft. Calhoun has been “flying blind” operating a nuclear reactor for over 40 years and never bothered to solve that situation even with repeated reminders of the issue by the NRC.

UK Advising No Travel Within 60km Of Fukushima Daiichi 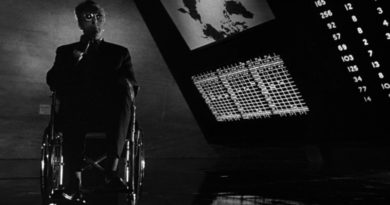