After Fukushima more attention was payed to Germany’s energy change efforts. This program long pre-dates Fukushima but announcements that Germany would accelerate the end of their nuclear power program caused international attention on the effort. We have covered much of the misinformation being put out to confuse the public about Germany’s program. Fossil and nuclear companies along with their lobbyists and corporate interest groups have tried to raise doubts about Germany’s energy change. They have falsely claimed that Germany can’t meet emission standards, that they now over rely on coal and that the program is too costly. We have documented how all of those are not true.

The cost of renewables has come down. Unsubsidized renewables have come down in price and are now lower than coal or gas in Australia.

“The perception that fossil fuels are cheap and renewables are expensive is now out of date”, said Michael Liebreich, chief executive of Bloomberg New Energy Finance. “The fact that wind power is now cheaper than coal and gas in a country with some of the world’s best fossil fuel resources shows that clean energy is a game changer which promises to turn the economics of power systems on its head,” he said. But before people, such as the conservative parties, reach for the smelling salts and wonder why renewables need support mechanisms such as the renewable energy target, BNEF said this was because new build renewables had to compete with existing plant, and the large-scale RET was essential to enable the construction of new wind and solar farms.”

“By 2020-30 we will be finding new and innovative ways to deal with the intermittency of wind and solar, so it is quite conceivable that we could leapfrog straight from coal to renewables to reduce emissions as carbon prices rise.” he added.”

This is from Bloomberg investment research, not some granola green promoter.

The head of Exelon Nuclear is sobbing over wind energy stealing his lunch. His main complaint is that there is so much wind power being generated in the US Midwest that it drives the price of electricity down to zero. You could say it is almost too cheap to meter….

Wind in the US has proven to be a considerable challenge to nuclear power’s profitability. Wind has driven down prices for power to the benefit of residential and business customers. The nuclear industry isn’t happy about this and wants the scenario changed to benefit them even if it means higher energy prices for the public. Exelon attempted to get wind energy subsidies abolished, this got them kicked out of the wind energy association. Exelon owns a small number of wind turbines themselves but it isn’t a significant segment of their business.

Fox News recently made a huge blunder on energy as they tried to justify the energy status quo of fossil and nuclear. The talking heads proclaimed solar energy in the US to be doomed. When Germany was brought up they claimed that it is really sunny in Germany but not so in the US so the US could never have solar energy on the scale Germany does. The laughable quote from Fox:

“They’re a smaller country, and they’ve got lots of sun. Right? They’ve got a lot more sun than we do.” In case that wasn’t clear enough for some viewers, Joshi went on: “The problem is it’s a cloudy day and it’s raining, you’re not gonna have it.” Sure, California might get sun now and then, Joshi conceded, “but here on the East Coast, it’s just not going to work.”

The Union of Concerned Scientists digs deeper and shows where all this renewables trashing is coming from. Koch industries and their wide array of sponsored research institutes and sponsored policy groups are making a hard push to spread misinformation about renewable energy.

Groups like Heartland Institute, Heritage Institute and ALEC all well known to be sponsored by the fossil fuel industry also use the same tricks to try to justify nuclear power’s status quo in the US. ALEC, the corporate sponsored political group that writes model legislation for member politicians to push in state legislatures has a new one dubbed the “Energy Freedom Act” but it has nothing to do with freedom of energy sources.

“The notion of “electricity freedom” sounds appealing enough. But don’t be fooled. The proposed legislation is a direct attack on states’ efforts to move toward clean, renewable sources of electricity. And it is being sold to legislators and the public with the help of bogus findings from studies funded by—you guessed it—the Koch brothers.”

Wisconsin already has a version of this legislation being brought up in their legislature to undo their renewable energy laws.

The Union of Concerned Scientists shows why there is now a hard push to stop renewable energy by the old entrenched energy industry.

The US currently has no solid energy policy leaving it to the whims of industry to influence and take advantage of the situation. Public questioning over the current energy situation in the US and increasing efforts to change the energy system have caused the entrenched system of providers to do anything to prevent change to protect their profits. It also could be that groups like 350.org are causing them a bit of anxiety as they encourage universities to divest from investments in fossil energy and are planning a big rally in the US on Feb. 17th. Nuclear power in the US has tried to brand themselves as “green” but the industry fits the same mold as fossil energy sources, dependent on fuel markets, entrenched in control of energy markets and not interested in seeing anything change. As the public discussion of energy in the US increases so will the politics and the influence games. 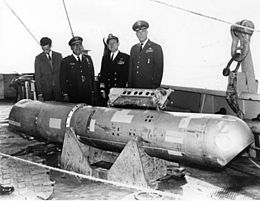