We at SimplyInfo.org have written several papers on the spent fuel pools (SPL) at Fukushima Daiichi. The papers contain general information, cooling systems, water supply systems, photos of fallen debris into the pools and potential tearing of the stainless steel liner. A report on unit 4 SFP will be released as soon based on additaional analysis data once that is available. This report will be crucial to give the current status of the SFP and is anticipated to support our theory. The theory involves the unit 4 SFP as being safe from effects of loss of cooling or draining of the SFP.

Another area we have been studying is the extremely high gamma radiation field that is emanating from the storage racks in unit 4 SFP. TEPCO chose to discharge all of the fuel in the unit 4 reactor to prepare it for a shroud change out. In an unprecedented decision, TEPCO off loaded the fuel from the reactor to the SFP then put it all in a tight and close position in the SFP. When the fuel is off loaded following a reactor shutdown, it is always, as a general rule, loaded in the SFP in a checkerboard fashion to keep it from creating focused higher gamma heat loading.

This decision places the unit 4 SFP in the highest risk category for damage to the stainless steel liner or adjacent concrete structure and could result in cracking of the liner or spalling and overheating of the concrete that could result in formation of cracks where water could migrate out of the SFP.

This link from the Dept. of Energy contains another very critical fact about what has been done in the SFP’s as a result of going to a high density loading configuration.

One critical calculation is absent from the assumption that it is ok to put fuel assembly racks ½ inch from the fuel pool walls. When the racks are placed that close, the extreme gamma heat and radiation levels will degrade the concrete behind the SFP liner as well as the liner itself. The degradation can result in spalling, chipping and crack formation as well as creating a hot spot on the fuel pool liner due to loss of pool heat sink. 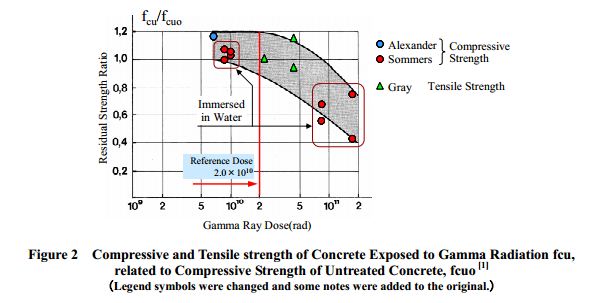 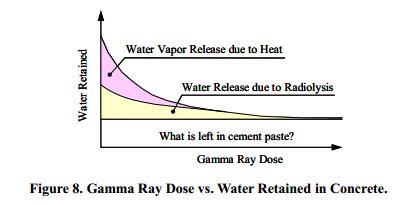 Concern about damage to the spent fuel pools has lead to studies on finding faults and to repair them.

Damage to the SFP liner as a result of gamma heating and radiation, or corrosion that degrades the function of the liner has resulted in development of liner repair techniques to restore the liner to a functional condition. The following link and information is an example of how this technology is being applied for the SFP liners.

Fuel pool leaks from the stainless steel liners in spent fuel pools may contain radioactive nuclides such as tritium and strontium-90. These substances could affect the structural integrity of the concrete and the steel reinforcing bars in fuel pools, and potentially contaminate the groundwater. EDF also has been investigating leak repair in “two manual dives” 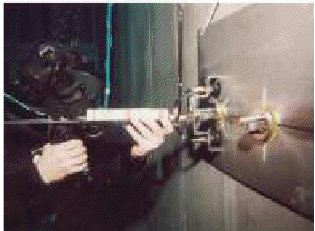 General design of a robot able to apply repair strip 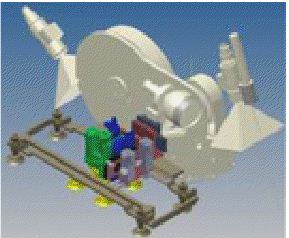 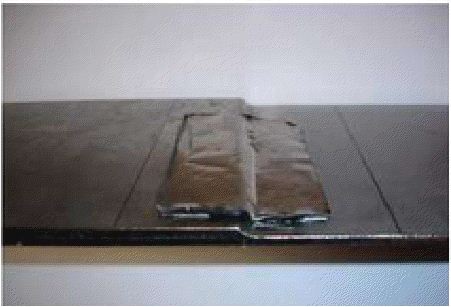 We have learned many things about our research on gamma heating or radiation damage that can be caused by the fuel racks being so close to the spent fuel pool (SFP 4) walls. This review has raised a host of questions which, at the time of this writing are unanswered as follows:

These questions and the current conditions will play into the future status within the SFP at unit 4. We hope that TEPCO will embark on immediate efforts to answer these among other questions to prove adequate safety to the Japanese people and globally.